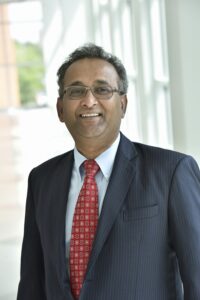 Charles Dhanaraj joins the faculty at the Daniels College of Business

The University of Denver’s (DU) Daniels College of Business has named Professor Charles Dhanaraj the new chair of the Department of Management, and Evelyn & Jay G. Piccinati Endowed Chair in teaching excellence. Dhanaraj comes to Daniels from Temple University’s Fox School of Business where he was the H.F. “Gerry” Lenfest Professor of Strategy and the Executive Director of Translational Research Center. Prior to that, he was a faculty member at IMD in Switzerland, Indiana University and Temasek Polytechnic in Singapore.

“Charles is an award-winning researcher and educator, known for his research in strategic partnerships for innovation and globalization,” says Daniels Dean Vivek Choudhury. “He has published in several top management and leadership journals. We’re delighted to welcome him to Daniels. His expertise will be an immediate benefit to our students, and his scholarship will benefit Daniels and DU.”

In two recent articles published in Harvard Business Review, Dhanaraj and his co-authors develop how purpose can be brought to the core of an organization’s strategy, and specifically how purpose can be a big enabler during times of crisis such as the ones the world is going through now. In collaboration with CEOs of select companies, Dhanaraj is studying the concept of “purpose movement” which enables leaders to discover, articulate, and disseminate purpose within their organizations.

“We are moving fast from Industry 4.0 which was centred on digital technologies and AI, to Industry 5.0 which will be centered on leveraging technology to strengthen the social fabric,” Dhanaraj said. “We saw in 2019, American CEOs coming together in an unprecedented way to affirm that societal purpose is as important as shareholder benefit. DU and Daniels, by espousing the theme pioneering for common good, are way ahead to build this new brave world. I am looking forward to working with an excellent team of faculty and staff here.”

His research also explores how firms can globalize in a digital economy, and has published recently in the Journal of International Business Studies and Management and Organization Review. In collaboration with some international business scholars, he is studying how digital entreprenurs can monetize their innovations globally using data from Denver and Philadelphia in the USA, Canada, Brazil, India and China.

“We have seen globalization 3.0 predominantly driven by large multinational firms and government policy,” he notes. “The stage is well set for Globalization 4.0, which for the first time will have a human face to it, and will leverage technology, networks and entrepreneurs. It will create jobs rather than destroy jobs. It will spread the wealth rather than concentrate. I am greatly encouraged by our ability to partner with other parts of DU, such as the Korbel School of International Affairs to shape this new globalization.”

Dhanaraj has consulted or/and taught for several global organizations such as Eli Lilly, Sanofi, Cummins, Danske Bank, Agricultural Bank of China, Saudi Arabia British Bank, Unicredit, Pernod Ricard, Maersk Drilling, Arla, Dekra, Valmet, Deloitte, Sika and Hilti among others. He was a recipient of the European Foundation for Management Development’s “Partnership for Exellence” award in 2018 for the transformative leadership program he and his colleagues designed and delivered over multiple years for Valmet, a Finnish industrial conglomerate.

A mechanical engineer from the Indian Institute of Technology Madras, Dhanaraj worked in operations and strategy arena with a Tata company in India. He earned a MBA from the Wilfrid Laurier University in Waterloo, Ontario, Canada and a Master of Engineering in Robotics from the memorial University of Newfoundland in St. John’s Canada. He received a Ph.D. in International Strategy from University of Western Ontario in Canada. 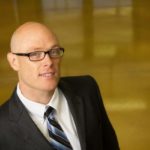