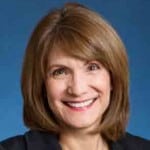 Cindy Peña, executive director of the Latino Leadership Institute, has been named by the Colorado Women’s Chamber of Commerce one of the 2015 Top 25 Most Powerful Women. Peña and her fellow recipients were honored at the Top 25 Gala on January 13, 2015, at the Ritz-Carlton in downtown Denver.

The Colorado Women’s Chamber of Commerce calls its Top 25 Women, “limitless leaders,” who have gone above and beyond and become outstanding figures in our community. Peña is a fifth-generation Coloradoan with more than 30 years of experience in business and community service in Denver. After a 20-year career at KUSA Channel 9, during which she rose through the ranks from intern to vice president of broadcast, Peña was recruited to join KMGH-TV Channel 7 as vice president and general manager. There, she helped turn around the Denver ABC affiliate. She was one of the first Hispanics in the country to be named general manager at a major market network affiliate and the only woman to run a network television station in Denver.

Peña was appointed by President Barack Obama to the National Museum of the American Latino Commission, which examined the feasibility of a proposed museum to celebrate the contributions of Hispanics in the U.S. on the National Mall in Washington, D.C. Peña has operated a small business and served as a board member for many local and national nonprofits. She is a passionate advocate for the Latino community and one of seven founding members of the American Dream Political Action Committee.

“Cindy is a supporter of so many individuals and underserved populations,” says Dr. Barbara Kreisman, associate dean of executive education and professional MBA programs. “Her focus on developing a network of leaders within the Latino population will serve the community, state and nation in a very beneficial manner. The University of Denver and Daniels College of Business gained a committed visionary when Cindy helped found the Latino Leadership Institute and became our partner. I’m pleased and proud that she is being recognized by the Colorado Women’s Chamber of Commerce as the leader that she is.”

The Colorado Women’s Chamber of Commerce was founded in 1988, the nation’s first chamber of commerce focused on creating a successful economic community for women in business. According to the Chamber, Denver is one of the top 20 metropolitan areas with the greatest share of women-owned businesses. Learn more at cwcc.org.