Stepping Outside the (Amazon) Box

CEO and alumna Megan Smith is pioneering in the logistics field 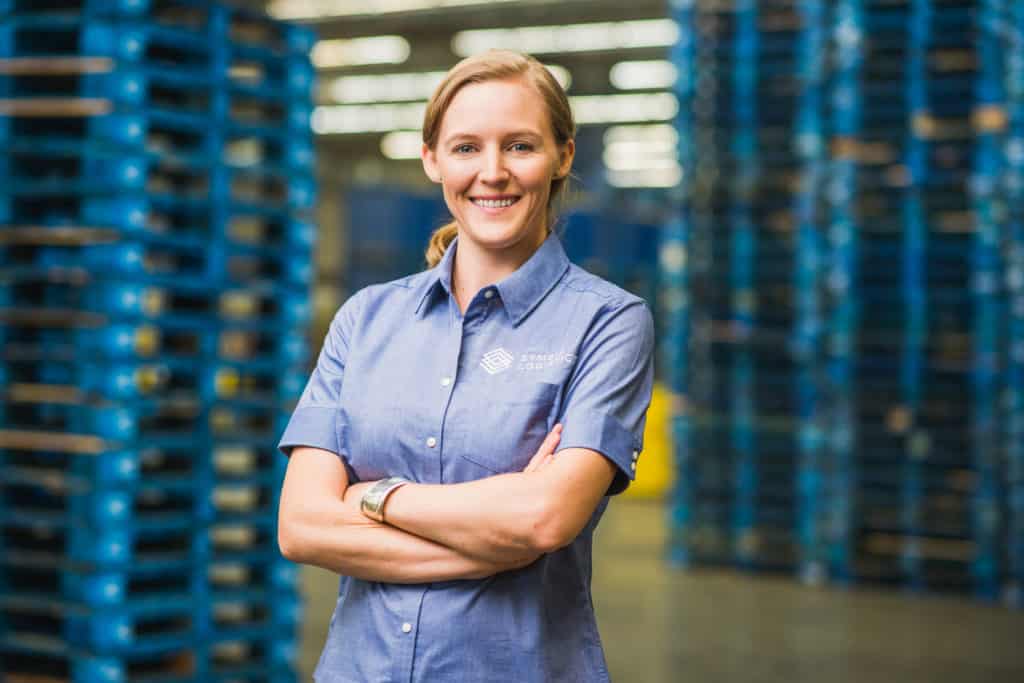 In the world of pallet manufacturing, supply-chain support, fulfillment and distribution, 35-year-old Megan Smith (BSBA 2006) isn’t the stereotypical gruff, middle-aged male leader. But as CEO of Edwards, Colorado-based Symbia Logistics, Smith embraces her role as a pioneer in the male-dominated field. Her father, Jim Smith, and a partner started the company in 1989, so Smith grew up on the warehouse floor. But with an older brother, she wasn’t the obvious choice to take over the family business.

“I had always wanted to do it, but I was told, ‘You don’t want to get involved in this; this is a dirty business; it’s not really a place for a woman,’” Smith said. “But, being a woman is actually what gave me the competitive advantage to take over the company.”

When Smith was brought on as a partner in 2009 to help secure the Women’s Business Enterprise certification to comply with a client diversity initiative, she already was a successful business owner.

As a senior management major, Smith opened Unity Boutique on South Pearl Street with a fellow Daniels student using Smith’s marketing class business plan. The boutique sold eco-friendly, socially conscious men’s, women’s and children’s apparel before sustainability was a fashion trend, and won 5280’s Top of the Town and Westword’s Best of Denver awards. For a few years, Smith worked both jobs, then closed Unity to take the helm as Symbia’s CEO.

“I cut my teeth on small business,” she said. “It taught me how to do a little bit of everything.”

Smith transferred to the University of Denver in 2004 from St. Mary’s College in California for Daniels’ more progressive business education.

“What I loved about Daniels is that it fostered my desire to become an entrepreneur,” she said. “They were talking about sustainability; it was a lot more innovative.” 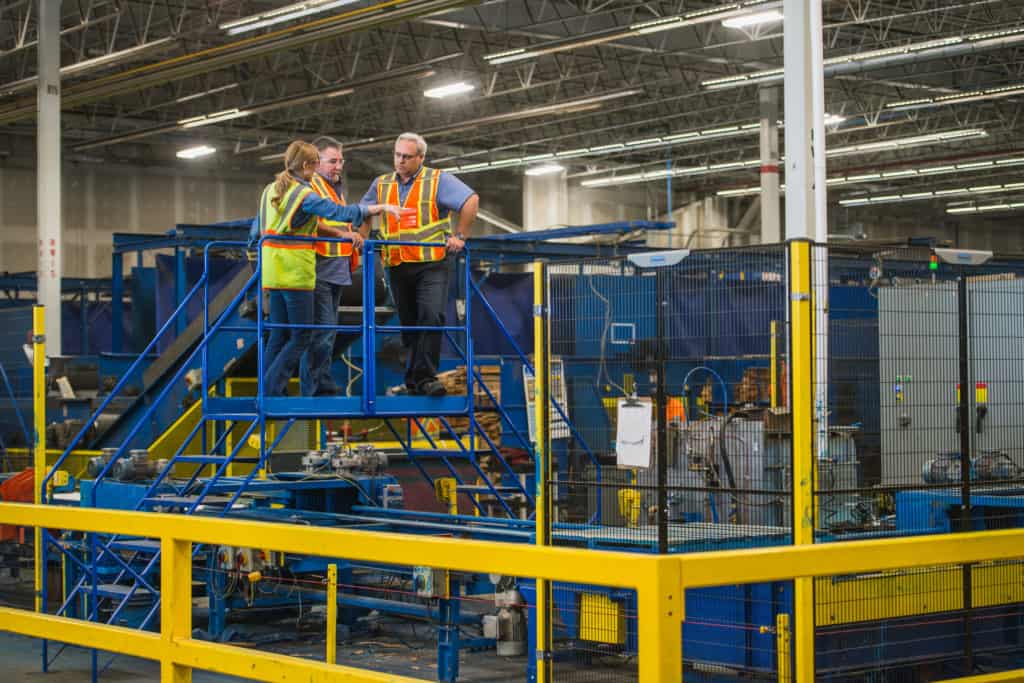 A 2018 Enterprising Women of the Year Award winner and Inc. 500 Class of 2017 member, Smith travels frequently to Symbia’s 25 warehouses nationwide. She oversees the company’s 1,400 employees, and everything from acquisitions (there have been four in the last year) to marketing, sales and brand integration to human resources initiatives, customer relationship management and corporate social responsibility—even staff apparel.

One key to Smith’s success is that she finds silver linings in challenges. The legal name of her business was Pallet Management Services—abbreviated PMS—which few noticed until she took over as CEO and it became a running joke in the masculine industry. So, she spearheaded a renaming and rebranding effort that allowed the company to broaden its market position beyond its start in pallet manufacturing and repair.

The company recently expanded its services to e-commerce fulfillment with a 54,000-square-foot warehouse in Aurora, Colorado, which Smith says positions her company as a complement to Amazon. Symbia leverages its network to offer one-day shipping within the U.S. while providing more of a white-glove niche, including customized packaging and personalized touches that customers still want in a brand experience.

Sporting goods, apparel and CBD are all big markets for Symbia, and Smith’s DU and retail connections have helped her find unique brands that need her storage, fulfillment and shipping solutions. In fact, when Smith visited campus to speak about entrepreneurship, a Daniels student connected her to Willie’s Remedy—Willie Nelson’s CBD coffee line—which became a client.

Smith chose the name Symbia because of the company’s focus on forming symbiotic, mutually beneficial relationships with customers and employees. Some people can become ego-driven in positions of power—but not Smith, who prides herself on cultivating positive employee relations at all times.

“I’m bringing a new perspective into the workplace by exercising emotional intelligence and being able to connect with people as equals and not just worker bees,” she said.

Symbia is dedicated to becoming fully employee-centric, which Smith believes will trickle out to the customer. 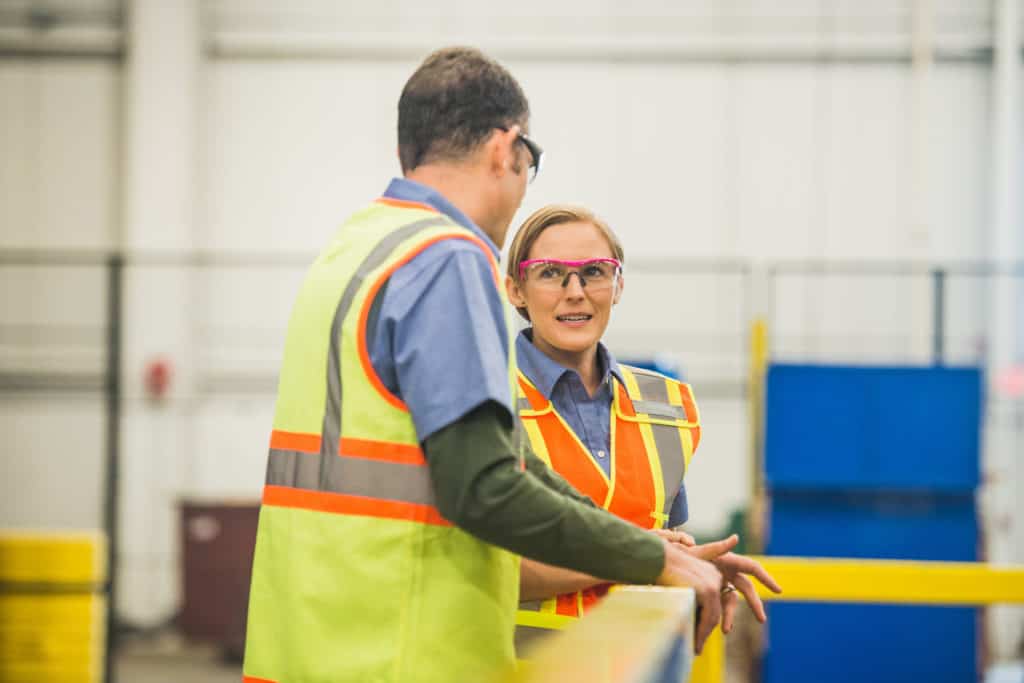 Smith credits her passion for disrupting her industry as a woman to her all-girls high school education at St. Mary’s Academy in Englewood, Colorado, where she admired the many notable female alumni and learned she was as capable as any man. This inspired her desire to accomplish something big.

At Daniels, she learned about finding a niche to leverage her strengths and differentiators into success. “That’s where my pioneering spirit came from,” Smith said.

“I knew [receiving the Women’s Business Enterprise certification for Symbia] was how I could make a difference in our industry,” she said. “I work in some tough places, but I have never been afraid. I think it’s just having the confidence to look people in the eye and treat them with understanding and respect. That’s where being a woman in this space has benefited my career and where I’ve been a benefit to the company.”