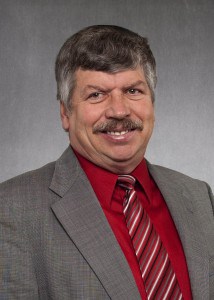 Mac Clouse is the Sorenson Distinguished Professor of Finance at the Reiman School of Finance in DU’s Daniels College of Business, where he’s worked for 45 years. Clouse served as department chair and school director for 25 years, including an early career stint. Throughout, he’s taught corporate finance, microfinance and investment banking.

“I enjoy teaching, interacting with students and maintaining relationships with them and with alumni,” Clouse said.

Among his contributions are the travel courses he developed: Organized Walk Down Wall Street in New York and Financial Capitals of the World in Europe. COVID prevented the 2020 trips, but Clouse found a workaround in summer 2021.

“We did the Organized Walk Down Wall Street virtually in the Marsico Room. We were up close and personal,” said Clouse.

The courses allow students to meet people who are doing work they’re interested in, but they come with hotel, food and transportation expenses. Clouse’s desire to make these experiences more affordable has led to the establishment of two funds: the Maclyn L. Clouse Scholarship Fund (established in 2014) and the recently created Mac Clouse Signature Student Experience Fund. Clouse’s former students and alumni helped to create both funds making resources available immediately and in perpetuity. 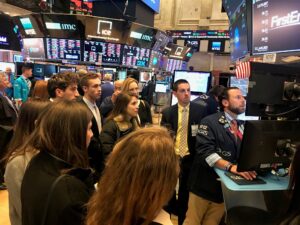 “I was humbled because it’s one thing to say how much you appreciate somebody, but then to match it up with actual real dollars. We in finance understand real dollars. It means so much to me that alumni are willing to put the dollars behind the scholarship fund and the new signature student experience fund,” Clouse said.

When Lu Wang (MS 2010) arrived at DU from China in 2008, he found in Clouse a mentor who would become a lifelong friend. Wang’s journey from banking upon graduation to recently become an investment analyst at Silver Point Capital in Greenwich, Connecticut, began with learning finance basics amid the Great Recession. Clouse guided him through the rigors of a Master of Finance degree, hired him as a teaching assistant, advised him on getting his foot in the door with prospective employers and, eventually, helped him weigh competing offers. 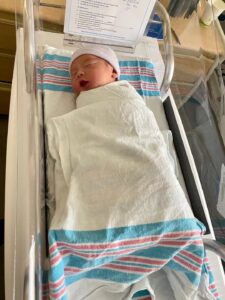 “Mac has always been thinking creatively about how to bring different experiences to students to give us an edge in interviews. For example, our microfinance class went to Cambodia to do due diligence on social investing,” Wang recalled.

He admired Clouse’s work ethic, inclusiveness, intellectual curiosity and humor. When it came time to name his second son, he and his wife found none better than “Maclyn.” In addition, supporting the funds named for Clouse is a way Wang can “put the ladder back” for others.

The kind of guidance Wang benefited from extends beyond students and alumni to faculty and administrators. When Conrad Ciccotello applied to become the director of the Reiman School in 2016, Clouse discovered Ciccotello’s love for hockey and took him to Magness Arena to see the hockey team at practice.

“Mac was extraordinarily supportive of my application. It says a lot about his character that he could have somebody come into the position after he has had a long run and be so informative and helpful,” Ciccotello said. 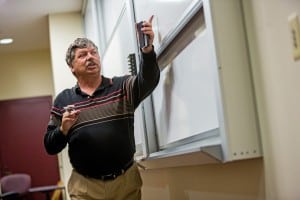 Ciccotello describes Clouse as extremely smart, hardworking and actively engaged in service to the university, his students and vast alumni network.

“It springs from him being very dedicated to the University of Denver,” Ciccotello said. “He cares genuinely for his students as individuals.”

“I’m still doing all the fun things—teaching, doing courses in New York and Europe, researching, writing and maintaining relationships with students and alumni,” said Clouse. “Why would I want to stop?”

If you would like to donate to either fund, you may visit the donor pages for the Scholarship Fund or the Signature Student Experience Fund or contact Aimee Mandolini.