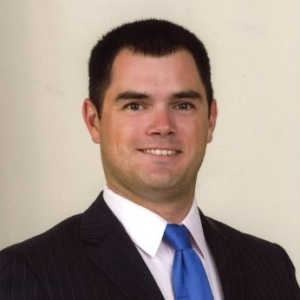 Daniels’ Department of Management has unveiled winners of three new awards for alumni in leadership, achievement and engagement.

Charles Dhanaraj, professor and chair of the Department of Management at Daniels, said the department decided to create the awards because alumni are the “life blood of any educational institution. For us at DU, a private university, it is far truer. With a lofty mission DU has set for itself—pioneering business for the public good—we constantly strive to meet the ever-rising challenge to be relevant to our society. The Department of Management looks up to our alumni as DU’s voice to society and a voice from the real world to us on how we can rise up.”

Peter Burwell received the engagement award. He is a DU Trustee and CEO of Burwell Enterprises Inc.—a family business he runs with his two brothers, Michael and Blake (both Daniels alumni), that has holdings in agriculture, manufacturing and hospitality, including Echo Mountain Resort near Denver. This award is presented to alumni who give extraordinary amounts of time to the Daniels College of Business and the University of Denver by speaking with current students, assisting with special events, philanthropy and other forms of engaging with and supporting the institutions.

Aimee Mandolini, executive director of development in DU’s Office of Advancement, said the selection committee was impressed with Burwell’s engagement.

“Peter has been helpful from funding a case competition for seniors to being elected to the DU Board of Trustees,” Mandolini said. “Peter is an exemplar of an alumnus’ commitment to the College and University.”

Crystal Murillo, diversity program director for the Office of Admissions at DU and city council member for Ward 1 at the City of Aurora, won the emerging leader award, which is given to alumni who demonstrate leadership and commitment to the ideals and vision of Daniels and DU, including promoting the public good.

“We felt Crystal’s work in diversity at DU is important and that her election at such a young age to the city council was also notable,” said Dennis Wittmer, professor of management and chair of the selection committee. “Just two years after earning her bachelor’s degree in international business in 2015, she was elected to the city council of Aurora—the third largest city in Colorado—where she’s doing a great deal to promote the public good.” 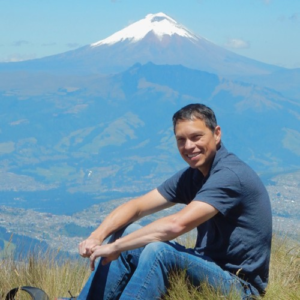 Steve Saavedra, executive director of the Alliance Academy International—a private international school in Ecuador—received the sustained achievement award, which is given to alumni who develop and demonstrate their management, leadership and social responsibility skills as emphasized in their Daniels degree programs. Saavedra oversaw a $140 million budget that benefitted 400,000 children in the Philippines, Indonesia, Thailand, India, Bangladesh and Sri Lanka.

“Steve has continued to utilize his management and leadership skills in increasingly demanding positions,” said Dave Hopkins, emeritus professor of management and member of the selection committee. “He not only exemplifies a commitment to social responsibility and the public good, but he has pursued both within an international and global context.”

Dhanaraj added that he believes the inaugural winners of the three awards are particularly deserving.

“It is a hard task to choose winners, as many of our alumni are deserving. Yet, we had to make that difficult choice,” he said. “We have three generations represented in these three awards: one with over two decades since graduation, one with one decade and one much more recent. I am proud of how these Daniels grads have carried on the mission of DU, advancing public good in a strategic manner.”