Consuming on a Timeline

If you step back from the vast majority of your consumption choices and activities, you’ll discover that many were either prompted by a future ambition or a desire to revisit a slice of your history.

For example, many electronic vehicle owners are motivated by their personal impact on the future of our planet. At the same time, millions worldwide have jumped on the opportunity to ponder the journeys of their ancestors, fueling demand for genetic testing and analysis offerings such as those offered by 23andMe. 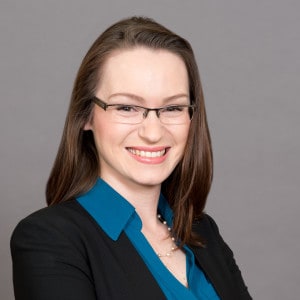 Given the constant presence of future and past matters in the consumer mindset, Daniels Assistant Professor of Marketing Ana Babic Rosario and two colleagues recently introduced the concept of consumer timework in a Journal of Consumer Research article. Rooted in the acknowledgment that consumption is entangled in individuals’ and societies’ reconciliation of the past, present and future, consumer timework represents consumers’ negotiation between past experiences and future expectations as consumption decisions are made.

“Our study is a conceptual approach to capturing time as a key structural component of our lives, consumption and market activities,” Babic Rosario said. “Consumer timework reflects the ways in which we all interpret the past and future in the present moment through our daily consumption choices. And we believe through better understanding of those engagements, we can start to see the broader social implications of such choices, especially during times of explosive social change.”

The concept of consumer timework is grounded in the work of Reinhart Koselleck, a German professor of historical theory who proposed that the present is merely a transitional point between the past and the future. In defining that dynamic’s role in marketing’s broad sphere, the co-authors lay out four strategies of consumer timework, in which consumers strive to regain control of time through consumption: 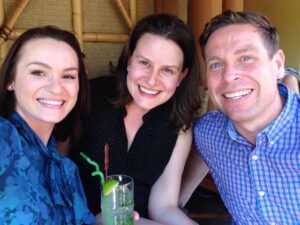 Babic Rosario with her co-authors

Babic Rosario said she, Thomas Derek Robinson of the University of London’s Bayes Business School and Ela Veresiu of York University’s Schulich School of Business in Toronto started collaborating on consumer timework and a number of consumer nostalgia research projects at a marketing research conference in the summer of 2017.

“We find these issues fascinating. If you think about it, people are constantly either reminiscing about the past or planning for the future—we’re rarely consuming for the present,” said Babic Rosario, who also explores new consumer technologies and sees clear overlaps between consumer timework and virtual reality and wearable technology innovations. “That’s where we see that we’re engaging in the dynamics of consumer timework essentially all of the time.” 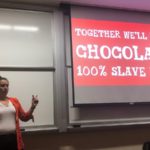