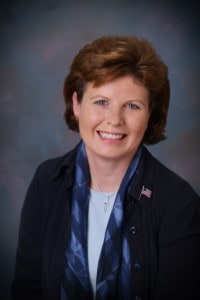 Sheila A. Weinberg, CPA, is the founder and CEO of Truth in Accounting, whose mission is to, in a non-partisan manner; compel government to produce financial reports that are understandable, reliable, transparent and correct. Since 2002 Weinberg has led Truth in Accounting’s research initiatives, which include the “The Truth about Balanced Budgets: a Fifty State Study,” the “Financial State of the States” and the “Financial State of the Union.” Because of her expertise in governmental budgeting and accounting, Weinberg has testified before the Federal Accounting Standards Advisory Board (FASAB), the Governmental Accounting Standards Board and numerous state legislative hearings on matters of proper government accounting. Prior to her involvement with Truth in Accounting, Weinberg worked as a certified public accountant for accounting firms and computer consulting companies. Most recently, she was vice president of Pro Consulting, a computer, account ing and television production consulting company.

Weinberg is a member of the Association of Government Accountants’ Financial Management Standards Board, the Comeback America Initiative Advisory Council and the University of Denver’s School of Accountancy Advisory Board. She has served as an independent legislative advisor to members of Congress on federal budgeting and accounting issues. She was also a member of the Academy of Government Accountability Advisory Council and two FASAB Task Forces. Her editorials about the federal budget, Social Security, Medicare, and other national issues have appeared repeatedly in numerous publications including USA Today, Chicago Tribune and Chicago Sun-Times. Ms. Weinberg speaks to groups across the country, appears on local and national television and can be heard on local and national radio stations speaking about governmental financial issues.

Upon graduating from DU Weinberg returned to Seattle, her hometown, to work for Peterson, Sullivan and Company, a large local Certified Public Accounting firm. Two years later she moved to Los Angeles to work for Fox & Company. When she moved to Chicago, her husband’s hometown, Weinberg worked for VMS, a real estate syndication company. Then she started Pro Consulting, a computer consulting and accounting firm.