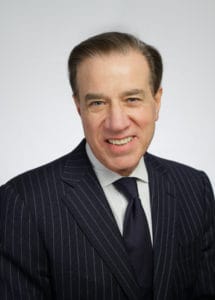 Sebastian “Sam” Cassetta is a Partner and a Senior Managing Director at The Barington Capital Group L.P. a leading activist investor. Prior to rejoining Barington in 2018, Cassetta was a Managing Director at Miller Howard Investments, Inc. (AUM $7.1B). He is also the former Managing Partner of Singer Partners, LLC, an asset management firm he founded in 2008 in partnership with Brian Singer, the former CIO of UBS Wealth Management. He was also a former Director and Vice President- International of Brinks, Inc. Initially based in Paris France, during his tenure, he expanded Brinks  international operations into 12 new countries. Cassetta began his career as a Special Assistant to Governor and Vice President Nelson A. Rockefeller and  later was appointed by President Reagan to the U.S. Export Council and the Industry Sector Advisory Committee (ISAC) which advised the US Trade Representative on upcoming GATT negotiations. He has served as a member of the Board of Directors of The Young Presidents Organization and is the former Chairman of the New York-Gotham Chapter. In 2011, Cassetta was awarded the University of Denver Reiman School of Finance “Distinguished Alumni” award.