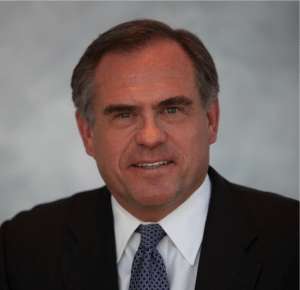 Brad Busse (BSBA 1980) is president of Busse Ventures, LLC. Busse Ventures is an entity Mr. Busse formed to manage his business interests and investments. In addition to his board memberships in several private for-profit and social impact companies, Busse was appointed to the board of Pinnacol Assurance by Governor Hickenlooper and confirmed by the Colorado State Senate in February 2018. Prior to forming Busse Ventures, Busse provided senior industry coverage across all industry groups for RBC Capital Markets, which is a wholly owned subsidiary of the Royal Bank of Canada, from April 2012 to February 2014.

Previously, Busse was co-head of the U.S. Communications, Media & Entertainment (CME) Group for RBC Capital Markets from January 2007 to April 2012, where he was responsible for the management and strategic development of the CME Group’s business, which includes mergers and acquisitions, equity and debt capital formation, and financial advisory engagements.

Busse joined Daniels & Associates in 1985 after receiving broad experience in finance and accounting. After briefly serving in the Cable Television Group, he took responsibility for building the Telecommunications Group, which completed more transactions in the wireline, wireless and telecom infrastructure sectors than any other investment bank during his tenure. Busse was President and one of two lead principals at Daniels & Associates when it was acquired by RBC Capital Markets in January 2007.

Busse began his professional career at Arthur Anderson & Co. in 1980 and, subsequently, became a financial manager for a $1 billion energy concern. He received a bachelor’s degree in accounting from the University of Denver and an MBA from Regis College.

Busse served as chairman of the PCIA Foundation (1999-2001), a leading wireless industry foundation, and was appointed by Governor Bill Owens to serve on the Colorado Commission on Science & Technology (2000-2006). In 2010, he was appointed by Governor Ritter to the Colorado Commission on Early Childhood Leadership, was reappointed by Governor Hickenlooper in 2012 and served until the commission completed its work in 2014. Busse has served as a member of the Executive Advisory Board of the Daniels College of Business, which he chaired for three years (April 2009–April 2012) since 1996 and has served on the Board of Trustees of Mile High United Way since 1998, which he chaired for two years (July 2008–June 2010) and where he currently serves as an emeritus member. He also served as chairman of the Million Dollar Roundtable Council for United Way Worldwide from 2002 to 2007.

Busse is a founding member and past board chair of the Executive Roundtable of EPIC (Executives Partnering to Invest in Children) and is an active member of Colorado Concern, which is a non-partisan association that addresses issues that impact Colorado’s economy and lifestyle and whose membership includes most of the top business executives in Colorado.