Kevin Wilhelm (MBA 2001) had zero desire to become an entrepreneur, and growing up, he wasn’t an environmentalist. So, it’s kind of strange that Wilhelm is now one of the nation’s leading sustainability experts, writing best-selling books, teaching classes at Harvard and guiding top companies at his firm—Sustainable Business Consulting—on the subject. 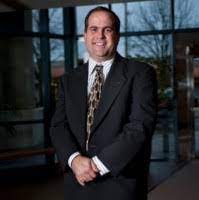 “Before college, I was just your everyday Ohio redneck who was really into sports,” he said.

But during a break between jobs where he drove around the country, the more-business-than-nature minded Wilhelm saw environmental destruction firsthand. It was then that he had his “aha” moment. He wasn’t a scientist or environmentalist, but he could make the business case for protecting the planet.

“I understand business and I understand money, and if we can lean into that and make the argument for sustainability purely from an economic standpoint, then you don’t get caught up in the ideology and politics,” Wilhelm said. “You don’t need to make an argument about saving the planet if things just make financial sense.”

Keep in mind this was back at the turn of the millennium, when sustainability wasn’t the pervasive buzzword that it is today. Wilhelm’s plan back then was to take his focus on saving companies money by doing things like talking about efficiency—using less waste, energy and water—straight to a consulting firm, where he’d land a cushy job that was already defined for him.

Except it didn’t quite work out that way. Right about when he graduated with his MBA from DU’s Daniels College of Business, the dotcom bubble burst, and MBAs weren’t exactly in high demand. Unemployed and without any solid job prospects in sight, Wilhelm followed his wife to Ann Arbor, Michigan, where she was attending grad school. Networking out there, he found it easier to set up a consulting practice of his own rather than saying he was looking for a job. That original whim of a consulting practice has since morphed into Sustainable Business Consulting—an industry-leading firm for translating environmental sustainability and social justice into profits for major companies like New York Life, Whole Foods, Nordstrom, Expedia and Alaska Airlines.

“Here I am 20 years later; I had no intention of becoming an entrepreneur and now I can’t quit,” he said. “In fact, I had no idea at first how to do a greenhouse gas inventory, and now my firm has done probably as many climate action plans as anyone in the country.”

His formal training is, of course, in business, which positioned him perfectly to talk about those things with businesses. And he did it in the universal language that everyone understands—money.

“If you put something in the business context, ideology and resistance melt away,” Wilhelm said. “If you can show them it’s in their best interest financially, you don’t have to make other arguments. Everyone comes to us because they want help with climate, social justice and sustainability, but what separates us is that we’re businesspeople first, and we look at things through a business lens.”

Wilhelm said that one of the reasons he’s so successful at this is because of a lesson he learned about audience awareness during one of his first Daniels business classes. It all comes down to what’s in it for the other side. While too many entrepreneurs focus only on what they’re selling, Wilhelm and his firm excel at listening to what their clients need.

“Instead of ‘what’s in it for me,’ I focus on ‘what’s in it for them,’” he said. “We’re the neutral third party. We don’t try to get on a Republican or Democratic side, or a nature versus business side. We lean into being neutral. We’re the bridge builders who find the win-win strategies for both sides.”

These days, the unlikely sustainability entrepreneur said he’s much more interested in the environment than he was when he set out on that road trip around the country that changed the course of his career. What a difference 20 years makes.