Q&A: Impact of the Coronavirus Pandemic on the Hospitality Industry 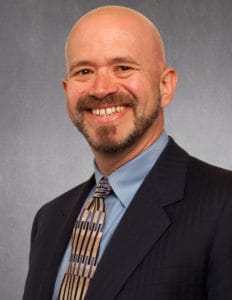 The hospitality industry has been one of the hardest hit by the coronavirus pandemic. With public gatherings prohibited and concerns about social distancing rising, many eateries have closed their doors altogether until the crisis passes, while others are offering delivery and curbside pickup in an effort to keep money coming in. Some hotels are shutting down, while some vacation homes are going for top dollar.

David Corsun, director of the University of Denver’s Fritz Knoebel School of Hospitality Management in the Daniels College of Business, shared his thoughts on the way coronavirus is impacting the hospitality industry.

Q: What is your initial reaction to the effect that coronavirus is having on the restaurant industry?

A: It’s completely insane. There is no basis for understanding this. This is worse than Black Friday; this is worse than 9/11. It’s unprecedented to have entire cities and states shut restaurants. It’s apocalyptic.

Q: Many restaurants are carrying on with delivery and curbside service. What impact will that have on their ability to stay in business?

A: If you can do some kind of dollar volume — are you still going to be losing money? Absolutely. But your business interruption insurance probably isn’t going to kick in until the government says you can’t do anything. So you have to do what you can do. If you have a senior leadership team that you want to retain, and you want to be as loyal to them as you can, and provide them with some kind of work that brings in some revenue, curbside and delivery is all you’ve got. You also have to think about what brands are going to be doing a lot of curbside. Think about Chinese restaurants, where 50% or more of the business is to go. They’re going to stay in business.

Q: Are people going to be any less likely to order curbside due to financial or health concerns?

A: Honestly, I think people are going to get tired of their own cooking. And they’re going to want a break. The experience is going to be different if you’re sitting home and eating it, but you’re not going to make that food yourself. And there are things that people want that that’s the only way they’re going to get it. We’re all craving whatever shreds of normalcy we can find. 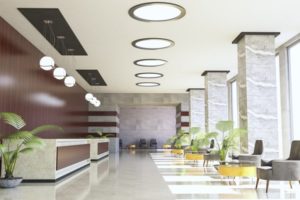 Q: What implications are you seeing for hotels and Airbnbs?

Hotels are in a very different situation from Airbnb and the peer to peer response. Peer to peer, I think it depends on the market. My understanding is that in places like the Hudson Valley in New York, entire vacation homes that are people’s second homes—they’re either using them or renting them for premiums so that people who can afford to are getting out of Manhattan for a month. People who are working from home anyway want to escape the urban and get to where they can be more isolated. They’re taking their families to these 6,000-square-foot homes and everybody’s got a zone.

On the hotel front it’s a different game, because of how hotel investments are structured. They are a real estate investment. So there are hotel REITs. They are all leveraged. A REIT is going to have revolving credit behind it, so they’re all drawing on their credit to ensure that they can pay mortgages so they can retain their properties.

Everybody’s worried about the banks calling notes and having to give the bank the keys. Nobody wants that to happen. But there are hotels that are just shutting down because it’s cheaper to shut down. Four Seasons Vail is shut. Four Seasons Jackson Hole is shut. Luxury properties that are in mountain resorts, when the resorts have closed, they’re all closed. And that’s to cut losses. They made that decision relatively early on.

Q: On March 19, Gov. Polis began allowing restaurants in Colorado to deliver alcohol and make drinks available for curbside pickup. How significant is that?

A: It was positioned as an effort to enable another revenue source for the restaurants that are only able to do delivery and pickup now, which longer-term the governor is hoping will preserve their ability to remain in business. What I was struck with immediately was, OK, so people who are buying mixed drinks don’t have access to a liquor store or don’t know how to mix a drink? I don’t get that, but I understand. It might be an impulse buy. It might be somebody who says, “I’m ordering in, and I’m getting Italian, and I really feel like having an Aperol spritz, but I don’t have Aperol. And I’m not going to open a bottle of prosecco just for a couple of drinks.” It might be that those are the buys that people would make. They’re going to buy something that they either don’t have or don’t have access to, or don’t want to buy an entire bottle of. 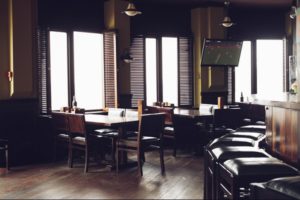 Q: What would you recommend restaurants do right now?

A: Clearly, you do what you can. The state restaurant associations and the National Restaurant Association are doing a ton of advocacy work on Capitol Hill and in state legislatures. There needs to be some action that preserves this industry, because this industry will not survive without some really significant help.

A: That’s a good question. It could be deferral of taxes; it could be working with lenders to forgive mortgage payments. I can’t imagine the government is going to pay restaurants’ rent, but who knows? It’s an unprecedented situation and requires an unprecedented response.

Q: How will the restaurant industry come back from this? Can it?

A: The rebound could be quick, but it’s not going to feel that way. It could be a V [curve]. But it depends on when we get to the point when we’ve hit bottom. And you listen to the CDC, you listen to Anthony Fauci, we are not there yet. We are just beginning to see the economic and human impact — forget the health impact. After three months and change, China is just starting to open factories. I think we need to be more realistic and think about it in those terms.

There’s a fine dining restaurant in Seattle that is known for a prix fixe with wine, multicourse — when you’re talking with wine and all in, it’s probably a couple hundred bucks, at least, a person. They’re now doing three meals a day, all curbside, and they’re selling things like bagel and egg sandwiches for breakfast. And this is a super fine dining restaurant, one of the oldest restaurants in Seattle. To think that people are suddenly going to be paying for fine dining experiences that were what they paid for prior — I hope we get back to that, but I don’t think we’re going to get back to it right away. People who are out of work now, with debts climbing, are not going to run to dine out when physical distancing ends. They may want to, but whether they will be able to afford to is another matter entirely. 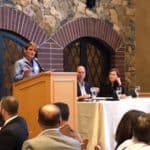 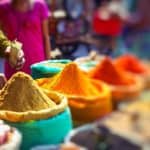 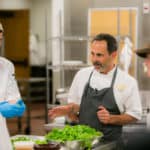