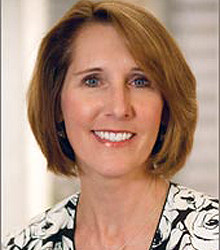 Rhinehart started her career with Johns Manville in 1979. Since 2004, she has served as the company’s senior vice president and chief financial officer. In 2008, Rhinehart was named CFO of the Year by the Denver Business Journal and a Woman of Distinction by the Girl Scouts Foundation. She will assume her new role effective immediately, according to the company’s November 13 press release.

Warren Buffett, chairman and CEO of Berkshire Hathaway, expressed excitement about Rhinehart’s new role. “Mary is exactly the CEO we like to hire,” he said. “She is passionate, smart, and she truly cares about Johns Manville customers and employees. She’ll add tremendous value to Johns Manville going forward, and I couldn’t be more enthused to have her taking on this role after all that she’s already accomplished at Johns Manville.”