Paloma Muñoz’s unconventional journey to the Denver was filled with challenges, as tragedy led her to the Daniels College of Business.

Muñoz was born in Mexico City and spent various years of her academic life traveling between her home country and Texas. She spent the fifth grade in Houston and attended middle school at the Hockaday School in Dallas.

Eventually, she returned to Mexico, where she began college in her home city. After her mom fell when horseback riding, Muñoz would return to the United States, this time for the long term.

Following the incident, Muñoz’s mother underwent back surgery at The Johns Hopkins Hospital in Maryland and was bedbound while she embarked on her recovery. Muñoz followed, supporting her mother while continuing her studies in Mexico City virtually during the early days of the pandemic.

When her mother was well enough to leave Johns Hopkins and seek additional physical therapy, she landed in Colorado to relearn how to walk, stand up, dress and more. Muñoz’s family had fond memories of Colorado. For nearly a decade, they had made ski trips to Winter Park . So, Muñoz’s mom decided to move to Winter Park; she would travel to Denver twice a week for her therapy.

She asked her daughter if she would go with her. She didn’t want to be alone. 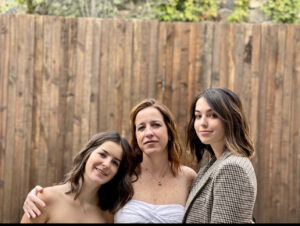 Paloma Munoz, right, with her sister and mother.

“I said, ‘Yes, I will,’” Muñoz recalled in a recent interview. She began looking at local universities she could transfer to.

Growing up in Mexico City, Muñoz was drawn to the busyness of urban hubs and quickly found that Denver was the place for her.

“When I had to choose between Colorado Springs, Boulder and Denver, I wanted more of a bigger city. I wanted more restaurants, museums and things to do, so I chose Denver,” she said.

The University of Denver proved to be a great fit for Muñoz; she has been studying marketing at Daniels since September 2021. She has enjoyed what Denver has to offer, exploring the local dining scene and making trips to Winter Park to visit her mom every weekend, fitting in the occasional ski day or hike.

As an international student, Muñoz said there were some hurdles to starting college in the U.S., but that the University has provided a soft landing spot for her. While her coursework has been challenging, she’s thankful for all she’s learned so far and has been impressed by the local community.

“I love the diversity that Denver has, because you’ll always get to meet people from new places,” she said.

While Muñoz has been studying, her mother has been improving and has resumed walking as she continues her road to recovery. Her time spent in Winter Park has been transformative, leading her to pursuing her visa to remain in the U.S. long after she finishes physical therapy.

What began as a calamity has blossomed into an opportunity for the Muñoz family, as they look to make Colorado their long-term home. It was possible thanks to an unbreakable mother-daughter bond.

“That’s why I moved to DU, so I could be near my mom,” Muñoz said, “so she didn’t have to go through this alone.” 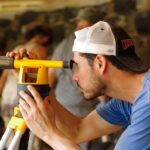 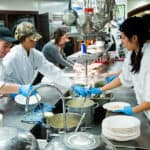 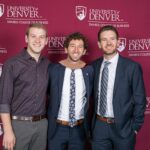