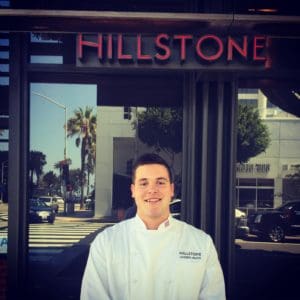 When Joe Ruck was in elementary school, he’d greet his parents’ house guests with a pen and paper and ask to take their food order. In high school, he started his own catering company. To say that Ruck was certain of his career path would be an understatement.

When it came time to look at colleges, Ruck considered the University of Nevada, Las Vegas and Cornell University, but knew as early as his sophomore year in high school that he wanted to attend the University of Denver—specifically, the Fritz Knoebel School of Hospitality Management—and work in the restaurant industry.

Ruck’s dream is coming true. He is one of 1,278 students graduating from DU on June 9, and has accepted a job with the Hillstone Restaurant Group in the company’s management training program. In fact, he was offered the position last fall.

Before the 2016 winter break, 20 percent of the seniors in the hospitality management program already had jobs. Of the 50 seniors at Fritz Knoebel, 12 received jobs before returning winter quarter. 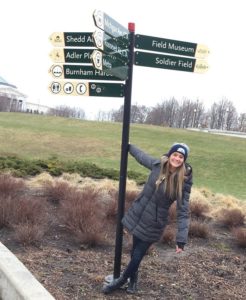 Natalie Sufka was offered a job with Aramark in November 2016. The hospitality management major and marketing minor will head to Chicago after graduation in June to be the food and beverage director at Soldier Field. Sufka wasn’t as certain as Ruck about which career she wanted, Fritz Knoebel’s Distinguished Lecture Series course confirmed her interests in sports and entertainment hospitality.

“The president of Aramark’s sports and entertainment division came to talk to our class,” she said. “I was intimidated to work for such a big company, but then I learned how easy it is to move around the company and how they help you find a position that fits you best.”

Sufka interned with Aramark at Red Rocks throughout the summer of 2016.

“It was my first manager position and I got to see what was demanded of me as a manager versus an employee,” she said of the internship that led to a job offer at both Red Rocks and the Denver Coliseum. When she becomes a full-time employee of Aramark, Sufka will move into the company’s management training program called Advance 2 Leadership (A2L). 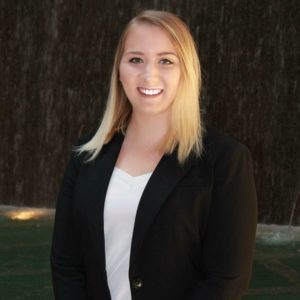 Senior Nicole Germain is also on a leadership track. She accepted a position with MGM Resorts International’s Management Associate Program (MAP), and will be the first in the Revenue Management department. Originally from Las Vegas, Germain was eager to return home and work in the hotel industry, specifically at MGM.

“I had a 10-week internship at the Venetian and Palazzo” she said. “It was amazing to see all the different hotel operations. It helped me shift my focus to revenue management.”

As president of the National Society of Minorities in Hospitality, Germain attended five of the organization’s regional and national conferences in the past four years. MGM was a sponsor and she continued to meet with recruiters for the company. In fall 2016, she did a series of video and skype interviews and was offered the job over winter break.

“Knoebel is extraordinary,” Germain said. “You build strong relationships with the faculty and staff. They helped me figure out what I wanted. The personal attention is unmatched.”

“I really wanted to go into the E&J Gallo management program, but I heard how competitive it was, so I didn’t think it was possible,” Scrivanich said.

Scrivanich took an internship with Crazy Mountain Brewery and kept in touch with recruiters from Gallo. After three interviews, she was offered the sales associate position in the Denver region.

“I’m so thankful for this opportunity,” she said. “It’s a perfect fit for what I want to do and it’s a great place to learn. A lot of wine industry leaders have gone through this program, so I know it’s such great training.”

“My colleagues and I are so proud of our students’ success in the job hunt, though we aren’t surprised,” said David Corsun, Fritz Knoebel’s director and associate professor. “They’re bright, hard-working, experienced, knowledgeable and a pleasure to be around. It’s no wonder the major hospitality firms look to lock them up well before graduation.”

“It’s incredible the opportunities that the school offers,” said Ruck, who secured internships with Montage Beverly Hills, the JW Marriott in Cherry Creek and Hillstone. He also took a food and wine course as part of his study abroad program in Perugia, Italy. “I took advantage of every one and it really jump started my career.”

While he is thrilled to work for Hillstone because he believes in their core values and their product, Ruck did develop a business plan and concept for his own restaurant in a management course. Don’t be surprised if you hear about his new restaurant in San Diego down the road. Beginning in June, you can find him at the Rutherford Grill and R+D Kitchen in Napa Valley, living his dream.