Daniels Students and Alumni Competing on the Olympic Stage

Nearly 3,000 athletes representing 92 countries are descending upon Pyeongchang, South Korea, to participate in the 2018 Winter Olympics. While the athletes will be wearing the colors of their home countries, five will also be representing crimson and gold.

Troy Terry, a junior finance major at Daniels, is one of two current student-athletes taking two weeks off from class to represent his country. The standout hockey player, who has already been named a 2018 Hobey Baker Award nominee, will skate for Team USA. Terry will not only be representing his country and school, but also his hometown of Highlands Ranch, Colorado.

“To have the USA jersey on and be on Olympic ice is going to be pretty surreal,” Terry says. “I take a lot of pride in being from Colorado. When I go to this event, I will be representing my school, my family and my state. It’s really special to know that I’m representing something bigger than myself.”

Terry will become the first current student-athlete at DU to skate in the Olympics for Team USA in hockey. 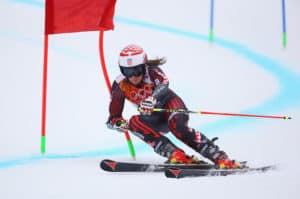 The other current Daniels student-athlete competing in the games is Andrea Komsic, who was named to the Croatian ski team for the 2018 games. It is the second time the sophomore will compete in the Olympics after making the trip to Sochi, Russia, in 2014.

“I’m very proud to represent my country,” Komsic says. “I had the privilege to represent Croatia in the previous Olympic games and it was something I will never forget. [It was] the greatest and the most extraordinary experience in my life so far.”

In 2014, the marketing major finished 33rd in the women’s slalom and 35th in the giant slalom. 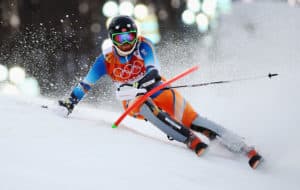 “Not a lot of people get the opportunity to compete with all the best athletes in the world, and I’m beyond grateful that I got this chance,” Komsic says. “I worked really hard my entire life to get to the highest level of competition, and being named to the national Olympic team is the best reward I could get.”‪ 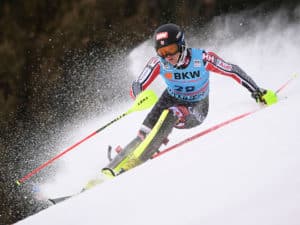 Haugen, who is representing Norway, will make his third appearance on the Olympic stage. He performed best in 2014, finishing 12th in the slalom and 16th in the giant slalom. While at the University of Denver, Haugen was part of three national championship teams between 2008-10. 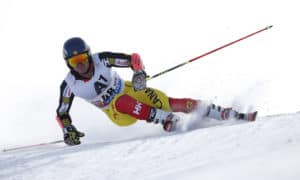 Philp will make his second appearance in the Olympics for Team Canada. In 2014, he finished 25th in the giant slalom. In his final year with the Pioneers in 2015, Philp won silver with Canada at the World Alpine Ski Championships in Vail.

Read is making his Olympic debut in South Korea, also representing Canada. Last year, his final season with the Pioneers, Read finished third in the slalom and fifth in the giant slalom at the NCAA Championships.