Capturing the ‘Ace of Spades’ 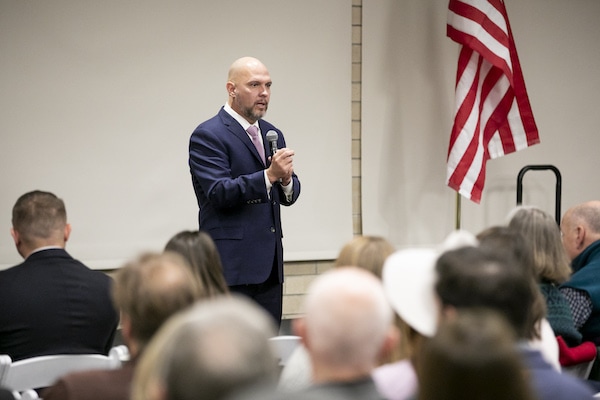 Ninety minutes. That’s how long it took Eric Maddox to find out where the former leader of Iraq Saddam Hussein was hiding in December 2003, nine months after the start of the Iraq War. Maddox, who was working as a U.S. Army interrogator and special operations officer at the time, uncovered the information that led to Saddam’s subsequent capture from a man named Mohammed Ibrahim Omar al-Muslit, Saddam’s most trusted bodyguard and closest confidant.

“He was pinpointed by the one man he trusted to never ever give up his location,” Maddox said, speaking to a packed house of Daniels community members Tuesday, Feb. 4, at the Sie Complex. “I didn’t torture him. I didn’t lay a finger on him. I never even threatened him. What I’m going to present to you tonight is that process. A psychological communication that I promise, if you take this, if you embrace this, will change for the positive every professional and personal relationship you have in your life.”

But before Maddox revealed the details of his battle-tested techniques, he gave the audience some background.

“I wasn’t supposed to go to Iraq,” Maddox said. As a U.S. Army staff sergeant and Chinese Mandarin linguist stationed in Los Angeles, Maddox was shocked when he got the call to go to Baghdad in 2003. 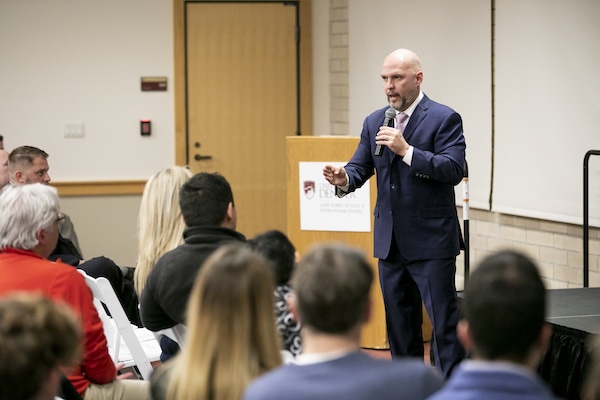 Maddox is now an author and public speaker, touring the country to share his story with the civilian world

“Am I missing something?” Maddox asked his commander. “Do they speak Chinese in Iraq?”

The U.S. was three months into the Iraq War when Maddox was deployed, not because of his background as a Chinese Mandarin linguist, but to work as an interrogator with the Joint Special Operations Command (JSOC).

The only catch was, Maddox had never done an interrogation before in his life. When he asked one of the JSOC soldiers why he’d been sent to Iraq, the soldier told him they’d asked the Army to give them a list of every trained interrogator who had infantry experience, was a paratrooper and was ranger qualified. “Man,” the soldier said, “You were the only name on the list.”

To begin his work as an interrogator, Maddox flew from Baghdad to Tikrit, Iraq, Saddam’s hometown, where his Delta Force commander asked him to “help us figure out who the bad guys are.” 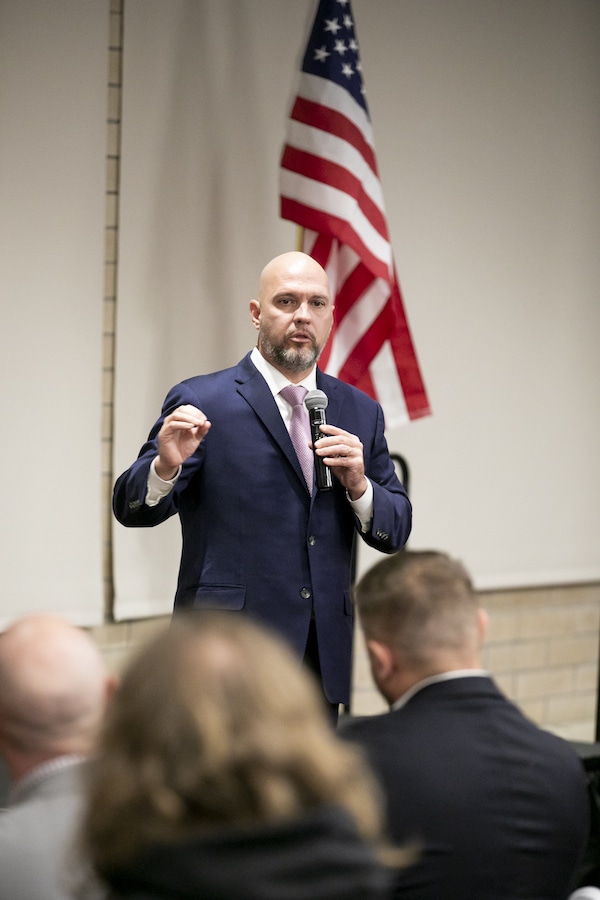 Maddox penned a book titled “Mission: Black List #1,” which details the story of the search for Saddam Hussein

“That mission was very clear,” Maddox said. “I had never actually done interrogations before, but I was trained by the U.S. Army. I received the best interrogation training in the world. It’s based on intimidation and fear.”

With that knowledge in his back pocket, Maddox sat down with his first prisoner and started the interrogation. It didn’t go as planned.

The next day, Maddox changed tactics. “I told myself, see how long you can just keep this guy talking.”

Instead of applying the fear-based interrogation techniques he was trained to use, Maddox decided to simply ask the prisoners questions and listen to their answers. He set aside his own agenda and biases, removed any distractions and just listened.

“I went all day [like this] and I started to realize, if I can put everything behind me and clear my mind and just seek to understand this individual, they would really start to open up to me,” Maddox said.

Maddox went on to conduct over 300 interrogations during the course of his six-month deployment to Iraq and his practice of listening with the intent to understand helped him gather the intelligence needed to find and capture Saddam.

So, how can his techniques be applied to life in the civilian world?