In this series, the DU Newsroom introduces readers to the world outside campus by exploring Denver and the near beyond.

When DU students (full-time undergraduates and some graduates while class is in session), benefited staff and full-time faculty pocket an RTD CollegePass or EcoPass, they essentially gain a passport to all Denver has to offer. RTD’s network of buses and trains serves nearly 3.1 million people and covers 2,342 square miles, all of which the DU community can ride for free.

Throughout the COVID-19 pandemic, RTD has kept chugging along, albeit with some new rules for riders:

A major light rail stop on the north end of campus and a pair of bus lines that stop nearby provide countless ways to access adventure and get acquainted with Denver’s landmarks, nooks and crannies — which are still up and running during the pandemic. 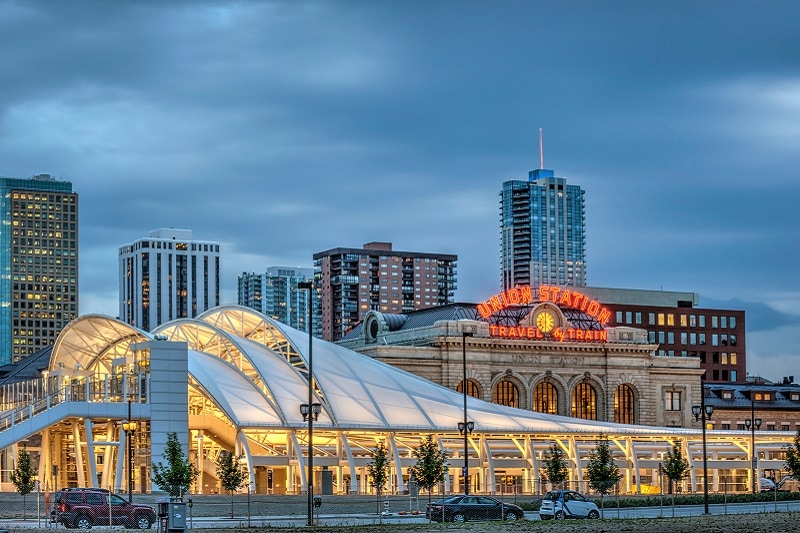 Union Station
What has become the symbol of Denver’s renaissance is also the city’s great connector. Union Station features an easy way to reach the airport (via RTD’s A Line), the foothills (with the W Line, G Line or Flatiron Flyer buses), the ski slopes (on CDOT’s new Bustang service) or the excitement of downtown Denver. Of course, staying put in the classic-yet-contemporary Great Hall works too. Shops and restaurants are everywhere and an energetic city is just out the front doors.

How to get there from DU: Take the northbound E Line to Union Station.

Fun fact: Union Station was, upon its completion in 1881, the largest structure in the West. The city of Denver renovated and reopened the building in 2014. 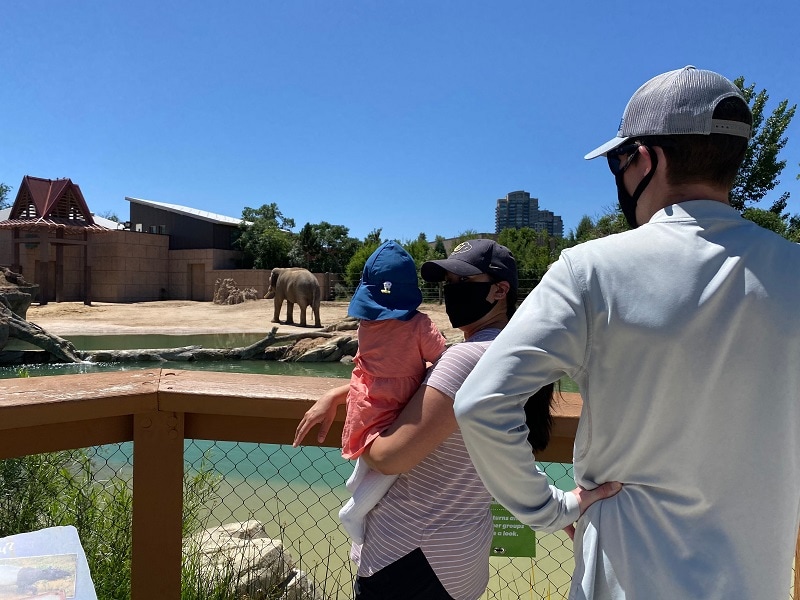 Photo courtesy of the Denver Zoo

The Denver Zoo
The Denver Zoo started with a single bear — a gift to Mayor Thomas McMurry in 1896. Not being the ideal house pet, the bear was allowed to live in City Park, where it was quickly joined by bison, birds, prairie dogs and wolves, according to the Denver Public Library. Today, the 80-acre zoo hosts 3,600 animals and a variety of fun, quirky events for all ages, during all seasons.

How to get there from DU: Take the northbound Route 24 bus to the stop at York Street and 23rd Avenue. Walk half a mile east (into City Park) to reach the Zoo entrance.

Fun fact: Denver’s Zoo was the first in North America to get rid of cages and bars, providing natural habitats for its animals. 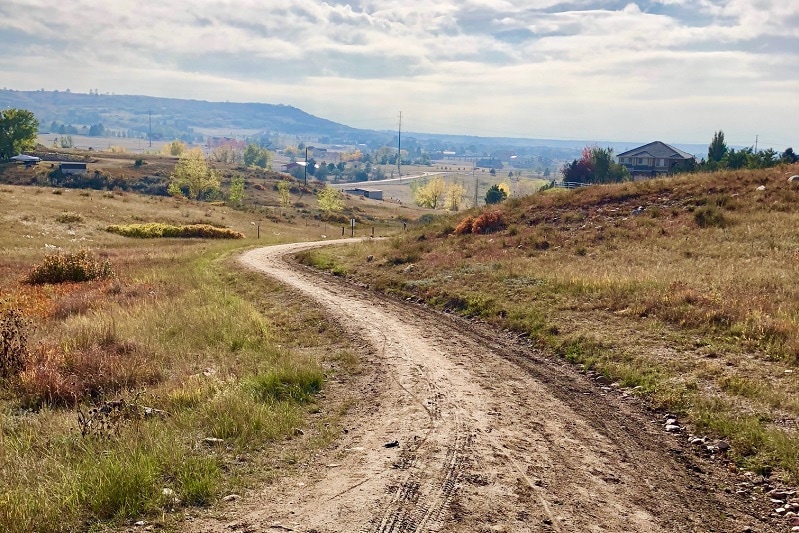 The Bluffs Regional Trail
The Bluffs Regional Trail is the perfect escape when you need a quick getaway and a Vitamin D fix. An easy stroll on the 2.7-mile loop may only yield a 200-foot gain in elevation, but it provides rewarding views of the Denver metro area, grassland vegetation, wildlife and the state’s vaunted Front Range of mountains. Bicycles, dogs and picnics are welcome, but don’t expect a lot of shade. (Sunscreen is a must.)

How to get there from DU: Take the southbound E Line to the Sky Ridge station. Walk or bike 1.2 miles southwest to reach the trailhead.

Fun Fact: Pikes Peak, which can be seen from the trail on a clear day, is the most visited mountain in North America. It is named for Zebulon Pike, who “discovered” the mountain in 1806 (native populations had been living there for more than a millennium). As it happens, Pike failed in his attempt to climb it. 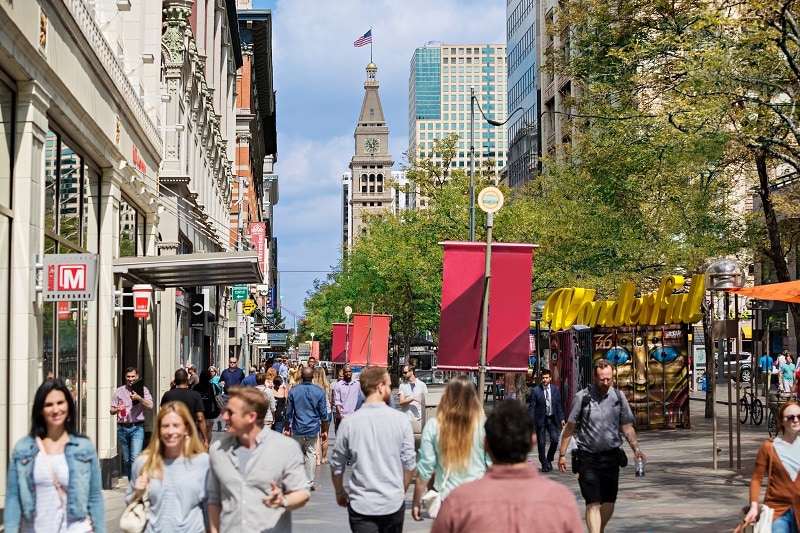 16th Street Mall
It’s a little kitchy and could certainly be classified as a tourist trap, but the outdoor pedestrian mall on 16th Street is still a must-visit. Tantalize your taste buds at one of the many food kiosks or snag that token souvenir for friends and family. Take advantage of the free MallRide to navigate all 18 blocks — and don’t miss the state capitol and Civic Center Park on the east end. 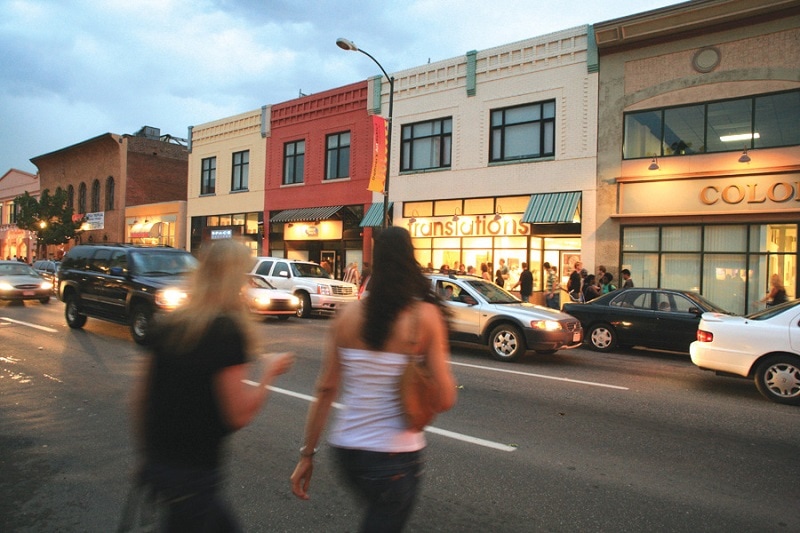 Santa Fe Arts District
Tucked in an often-overlooked corner of Denver, the Santa Fe Arts District comes alive the first Friday of every month with an art walk through the area’s many galleries. The food is sneaky good too, boasting a pluralized palate that includes Jamaican, Ethiopian and Latin American flavors.

How to get there from DU: Take the northbound E, F or H Line to the 10th and Osage stop and walk southeast (the heart of the district is at 8th and Santa Fe).

Denver Botanic Gardens
Planted on 24 acres of carefully cultivated space, the Denver Botanic Gardens provides an escape from the metropolis. The flora is diverse, sown in a way that showcases plants both native and adapted to Western climates. But the gardens also feature plenty of places to relax, read or unwind. A full schedule of activities and events includes yoga classes and a summer concert series. Students receive a discount on entry with an ID.

How to get there from DU: Take the northbound Route 24 bus to the stop at Josephine Street and 9th Avenue.

Fun fact: The gardens are located adjacent to Denver’s Cheesman Park, which used to be a graveyard. Really. 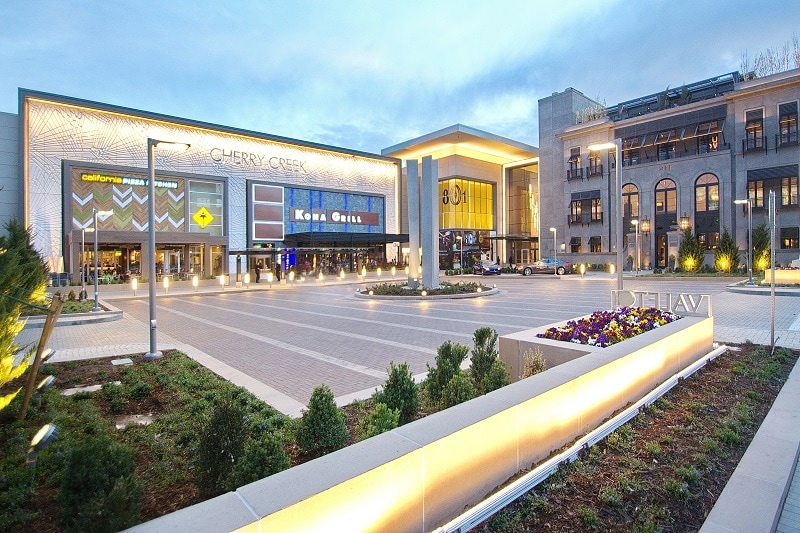 Cherry Creek Mall and Shopping District
When “where can I buy…?” is the question, Cherry Creek is often the answer. The mall at the intersection of University and 1st offers an exhaustive lineup of stores for fashion, food and décor. A newly renovated movie theater provides an escape for a date or a rainy day. The surrounding shopping district is filled with sit-down restaurants and shops. And an expansive farmers’ market runs seasonally on Saturdays and Wednesdays.

How to get there from DU: Take the northbound Route 24 bus to the stop at University Boulevard and Cherry Creek North.

Fun fact: The (actual) Cherry Creek once served as the dividing line between two separate municipalities — Denver City and Auraria — which is why the street grid runs north-south on one side of the river and east-west on the other. 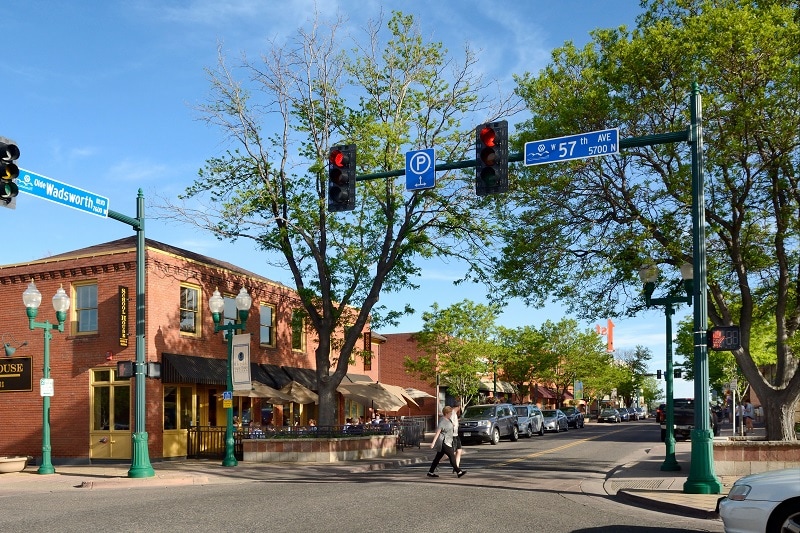 Olde Town Arvada
For small-town charm a stone’s throw from the big city, check out Olde Town Arvada, filled with boutiques, galleries and plenty of options for eating or drinking. To keep the fun going this summer (and stay safe), the city has blocked off stretches of its streets for dining and lounging.

How to get there from DU: Take the northbound E Line to Union Station and transfer to the G Line, taking it to the Olde Town Arvada stop.

Fun fact: Arvada was once known as the “Celery Capital of the World,” in recognition of its pascal celery, which was served for holiday dinners at the White House in the early 1900s. 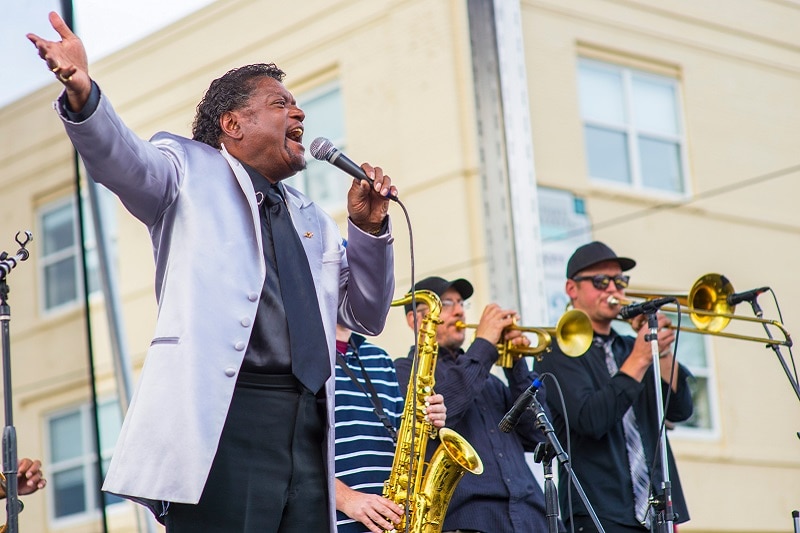 Five Points
Few places in Colorado’s capital city have as rich a history as the Five Points neighborhood, so named for the unique convergence of streets at its center. Known as the “Harlem of the West,” Five Points once played host to jazz legends like Billie Holiday, Louis Armstrong and Miles Davis. Today, it hosts vibrant outdoor street festivals and boasts a resurgent roster of restaurants, bars and public art.

How to get there from DU: Take the northbound F or H Lines to the 18th and California stop; transfer to the L Line and ride to the stop at 27th and Welton.

Fun fact: The “Green Book,” a guide to African American safe havens that became the basis for an Oscar-winning film, lists several Five Points locations, including its iconic Rossonian Hotel, once known for housing one of the most famous jazz clubs in the West.

Golden
Colorado’s foothills provide an easy, accessible primer for those looking to enjoy the state’s natural playgrounds. Take the W Line to its terminal point in Golden and opportunities for hiking, biking and climbing abound. Plus, the famous Red Rocks State Park is just a short Uber or Lyft ride away.

How to get there: Take the northbound E Line to the Auraria West stop; transfer to the westbound W Line and ride to the JeffCo Government Center station.

Fun fact: Before statehood, Golden City was the capital of Colorado Territory. The old legislative building is now a restaurant, the Old Capitol Grill.