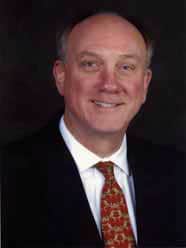 Nationally renowned author and speaker Marc Cosentino (BSBA 1977) returned to his alma mater this January to deliver a series of case interview workshops to graduate students at the Daniels College of Business.

Case interviews present a complex business scenario or challenge that requires a candidate use critical thinking and problem-solving skills to dissect the issue and offer a thorough, logical response. This type of interview has long been used by some of the world’s most prestigious management consulting firms such as McKinsey & Company and Bain & Company, but Cosentino says that in the past decade, companies in many different industries are increasingly embracing case interviews.

“The case interview is an opportunity to view how quickly students think on their feet and to gauge how confident they are in an interview when they don’t know ahead of time what types of questions they’ll be asked,” explains Cosentino, who became deeply familiar with case interviewing while working in career services at Harvard University. His book, Case in Point, now in its ninth edition, has been called the MBA Bible by the Wall Street Journal and is the bestselling case interview preparation book in the world (11 years running) and the number two selling interview book worldwide (seven years running).

Cosentino delivered a three-hour case question workshop to Daniels MBA and MS students, discussing the main categories of case questions, how to approach answering case interview questions, the way that interviewers evaluate candidates after a case interview and the best way to prepare effectively. He also delivered a “train the trainer” session for the Daniels Career Services staff. Cosentino will return to Daniels in fall 2016 to present to students during MBA orientation.

Career prep wasn’t always Cosentino’s career. After graduating from DU in 1977 with a degree in hotel, restaurant and tourism management, he managed several restaurants in Denver and New York City. Later, he worked for Sky Chefs and started a gourmet mustard company, which he eventually sold. He stumbled into career services at Harvard during the economic downturn of the late-1980s—and ended up loving it.

“I thought I might stay for a year or two, which turned into 18 years,” says Cosentino, a native of New Jersey. “It was the students who kept me at Harvard for so long. I became so invested in these smart and interesting students and it felt great to make a difference in their lives.” Cosentino earned a Master of Public Administration at Harvard in 2005.

The first edition of Case in Point was published in 1999. Since then, Cosentino has delivered workshops to more than 100,000 students, alumni and career services professionals at business schools around the world—including Harvard, Yale, Wharton, Tuck, University of Michigan, University of Notre Dame and dozens of others.

Students who ace the case interview invest a great deal of preparation, Cosentino advised the Daniels students. “Case interviewing has become so common that MBA and other students need to learn about it and start to prepare as early as possible in their programs,” he says. “Firms who use case interviews offer some of the best, most competitive jobs you can get right out of business school. And you only get one bite at the apple.”