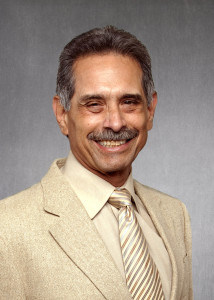 It was always a given that Stuart Stein would follow in his father’s footsteps and join the family construction company in Chicago. But when a concrete worker strike put the business on hold just a few years into his career, Stein started teaching evening classes at the College of Lake County, where he had earned his associate degree in construction technology.

“I discovered that teaching really suited me and I just loved interacting with students,” said Stein.

Stein enrolled at Southern Illinois University to pursue a bachelor’s and master’s in occupational education and a PhD in vocational education studies. When he finished, he accepted a position with Southern Illinois running the university’s weekend health care administration and aviation management programs, which were offered in Colorado Springs, Colorado, at the Air Force Academy and the Fort Carson Army post. Stein had served four years in the U.S. Air Force and with his teaching experience, it was an ideal fit.

Once he moved to Colorado, Stein learned about the University of Denver’s real estate and construction management program—the oldest such program in the country. When DU needed someone to fill in for a professor going on sabbatical, he applied and a year later was hired on full time.

“From the very start, there has been something special about the students here at DU,” he said. “I appreciated the chance to develop the real estate and construction management program into one that would benefit students the most throughout their careers.”

During his time at Daniels and DU, Stein earned a reputation as someone who made good things happen. As director of the Women’s College from 1990 to 1993, he increased enrollment significantly by instituting a multitude of changes that appealed to single parents, including on-site child care and weekend classes. When he returned to the Department of Real Estate & Construction Management in 1994, he spearheaded the Residential Practicum, a capstone program in which students gained hands-on residential development experience by building a single-family residence with a construction team from Oakwood Homes. For more than two decades, Daniels has gained national recognition for the program.

Now retired from Daniels and the now-named Burns School of Real Estate & Construction Management, Stein is excited to see what the future holds for the place he called his home away from home for 32 years.

“It’s so wonderful to see the reputation Daniels has built and the students they continue to attract,” said Stein, who now travels the country in a motor home, spending the winter months in warmer climates. “I’m proud of what I’ve done at DU, but mostly I’m proud of the students I’ve taught. Many have gone on to become presidents of homebuilding companies and leaders in the real estate and construction industry. There’s not much more rewarding than that.”