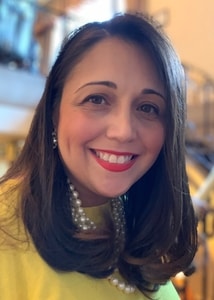 An accomplished professional with over 20 years of experience launching and executing initiatives across industries with small and large businesses, Diana Ubiñas launched her career as a marketing strategist at IBM. She eventually transitioned into consulting where she was responsible for managing a team of specialists to support customer relationship management databases and efforts for clients such as Pfizer and Royal Caribbean.

Throughout Diana’s career, she has always been committed to advocating and serving multicultural communities. Diana completed a four-year tenure at Comcast, where she was able to combine her community and professional passions as Senior Product Manager in the Multicultural Product Team. Her responsibilities included executing and supporting Comcast’s multicultural marketing strategies, grassroots efforts and sales through small businesses across the United States. She led local regional efforts in Massachusetts to launch a successful Brazilian campaign that resulted in achieving 160% of sales goals and Hispanic acquisition efforts that generated a 10% increase in subscribers for two consecutive years. Today, Diana’s focus is to support small business owners of color through efforts to accelerate their enterprise revenue and job creation.

She has also served in numerous community leadership roles that include trustee of the Boston Boys and Girls Club, Boston Prospanica (formerly National Society of Hispanic MBAs), WGBH Community Advisory Board, Boston Latin School Alumna Association and Conexión Teen Talks. Diana is a graduate of Wellesley College and earned an MBA from Babson College, Olin School.

Diana lives in Lynnfield, Massachusetts, with her husband and son.