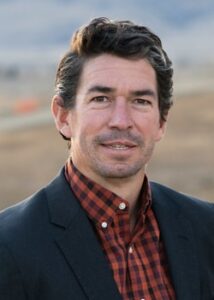 David Hoven, founder and CEO of RPM China, has nearly 20 years of experience working in China, with a recent focus on plant propagation and cultivation technology. Prior to launching RPM China in 2016, David spent five years working with the developers of the RPM tree seedling propagation technology at Forrest Keeling Nursery in the U.S. During this time David developed relationships with several Chinese research institutes, including the Chinese Academy of Forestry, Hunan Department of Forestry and Kunming Institute of Botany, to secure project funding and establish the first RPM test sites in China. After registering the Beijing business in 2017, David managed the build-out of the RPM seedling nursery facility in Beijing and has since managed the company with steady growth. Landmark projects include anti-desertification in Inner Mongolia and Xinjiang, mining reclamation in Yunnan, and urban re-forestation in Beijing.

David and RPM China have been the recipients of numerous awards and distinctions in recent years, including the Chaoyang District Phoenix Prize for Individual Entrepreneurship and 3rd Prize at the Guangzhou “Talent Makes Future” startup competition. David has been officially recognized as a “Foreign Specialist in Forestry Technology” by the Hunan Department of Forestry and a similar distinction from the Henan Department of Forestry is pending. Looking forward, the management team intends to expand aggressively with the goal of producing at least one million seedlings by the end of 2022.
In previous roles David was focused on cross-border business development and financing between North America and Asia (focused on PRC). He has worked in industries spanning consumer electronics, optics, robotics, agriculture and clean technology, nurturing many millions of dollars of new business across the Pacific. Many years of experience working US-China technology transfer deals afford him a strong background in licensing agreements, IP strategy, joint venture negotiations and international private equity finance.

David first visited China in 2004 as a foreign exchange student at Beijing Foreign Studies University. David completed his undergraduate education at Colorado College in 2006, where he majored in both Economics and Asian Studies (with an emphasis on Mandarin Chinese). In 2006 David accepted a position with a sizeable electronics manufacturer in Suzhou, Jiangsu where he lived and worked for two years. Following his post in Suzhou, David was recruited by a supply chain and manufacturing consulting company in Boulder, Colorado, where he worked for four years. In 2010 David returned to school to study international business management, attending both the University of Denver in the United States and Tsinghua University in Beijing. In 2013 David received his International MBA diploma as well as the honor of Board of Directors Outstanding Student of the Year.

When not working, David is passionate about enjoying time outdoors. He is an avid climber of rocks and mountains, which has taken him to the summits of the highest peaks in both North and South America (Denali and Cerro Aconcagua, respectively). He is an ultra-marathon runner, mountain biker, Ironman triathlete and connoisseur of tasty beer.