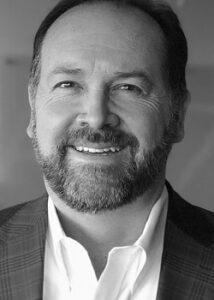 An experienced leader and entrepreneur, Carl (BS 1982, MBA 1983) has consistently led teams with passion and integrity. Carl’s ability to resourcefully manage the business while fueling consistent growth. His keen business sense and ability to think strategically has allowed him to create, grow and sell four different technology services firms.  Throughout Carl’s career, he has used his unique combination of empathy and sincerity to align teams with his vision of always doing the right thing.

Carl has over 35 years of experience as an entrepreneur and leader in the IT consulting and software industry. Carl’s accomplishments were recognized by the Colorado Software and Internet Association when he was awarded the Technology Executive of the Year award. Carl was also selected to be a “40 Under 40” winner by the Denver Business Journal and to the international organization of Young Presidents Organization.

Carl currently serves as an advisor and board member on various technology companies. Most recently he served on the board of directors for Navint Partners, an international consulting firm that purchased Carl’s firm, Statera, in 2019 and doing corporate development for Catalyte, Inc. He and a business partner founded multiple successful IT firms, including Statera in 2002, IQNavigator in 1999, and Raymond James Consulting in 1992. Prior to joining Statera, Carl was a partner with Zurich, Switzerland-based Executive Wealth Management, Ltd. (EWM). Carl demonstrated his leadership skills early in his career with Arthur Andersen & Co.’s management information consulting division, now known as Accenture. He also served as the corporate director of database consulting of Cap Gemini America.

An honors graduate from the University of Denver with a BS in Chemistry in 1982 and a MBA. in Finance in 1983, Carl is a published author (McGraw-Hill) on relational database technology and has been quoted in Computer World, Software Magazine and Enterprise Systems Journal.

His board service includes the board chair and a decade of board service to the Colorado Technology Association, twelve years on the boards of Littleton and Porter hospitals including four as board chair, and over 10 years on advisory boards at the Daniels College of Business at the University of Denver. He has also served on the board of the Boy Scouts, Boys and Girls Club, Board Chair of YPO (Young Presidents Organization), Better Business Bureau of Colorado and Center for Pastoral Effectiveness, plus his Homeowners Association and the Country Club at Castle Pines.