What the Bass Pro Shops, Cabela’s merger means for one small town

They are defining sights of Sidney: the railroad, church – and Cabela’s.

“Cabela’s has a very big influence on this town,” said Amanda Sutton, a reporter with the Sidney Sun-Telegraph Reporter.

Sidney is a small community, within the panhandle of Nebraska, about a two and half hour drive from Denver. Earlier this month, big news hit the town of Sidney: Missouri-based Bass Pro Shops announced they would buy Cabela’s for $4.5 billion dollars. Sidney is the longtime home of Cabela’s headquarters and some residents are worried about what this mega-deal will mean for their small town.

The town of Sidney has been around for nearly 150 years and Cabela’s has been a part of it for more than 50. To say that the company looms large in the town, is putting it mildly. The population of Sidney is about 6,800. Two thousand people work for Cabela’s there.

“It does employ quite a lot and it does have a very big impact on Sidney,” said Sutton, who has been covering the Cabela’s story. “The mood was already very uncertain and now with the announcement of Bass Pro, everybody’s very tight lipped about really going on-record or saying how they feel.”

That includes the mayor of Sidney, who declined to do an on-camera interview with 9NEWS. In a prepared statement, Mayor Mark Nienhueser said that the town and Governor have put together a transition team, “develop a strong relationship with Bass Pro to not only retain much of Cabela’s operation in Sidney, Cheyenne County and Nebraska, but to continue to grow this part of the operation.”

Growth like that is highly unlikely, though, according to Bud Bilanich, an adjunct professor at the Daniels College of Business at the University of Denver.

Some residents said the effects of the merger are already apparent. For sale signs are up on the front lawns of homes all over town.

“Immediately after I heard that news, it was funny how I would watch around the neighborhood, people packing up and moving vans and this and that,” said Sidney resident Gena Feuereorn.

That could end up changing the town.

“And that’s unfortunate for our economy and also our culture here in Sidney,” Sutton said.

Cabela’s did not respond to our requests for comment. Bass Pro Shops told 9NEWS that they could not comment beyond the initial announcement of the merger.

In a joint statement sent out at the time of the merger announcement, the companies said, “Bass Pro Shops appreciates and understands the deep ties between Cabela’s and the community of Sidney, Nebraska… Bass Pro Shops intends to continue to maintain important bases of operations in Sidney and Lincoln and hopes to continue the very favorable connections to those communities and the Cabela’s team members residing there.” 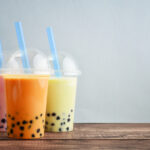