The Potentials and Pitfalls of Marijuana Investments

Take a toke, if you will, on this: There’s a possibly great investment out there on a commodity that’s legal. Sort of. And it holds potent promise for making a killing – though at this early stage of the sector, you could also get scammed.

Once a scourge for law enforcement officials across America, cannabis is now fully legal in four western states. That seems fitting, since the new marijuana “Green Rush” reminds some observers of the mid-1800s “Gold Rush” – or another boom of recent note.

“I liken it to where the dot-com industry was circa 1998,” says Steve Gormley, chief business development officer at OSL Holdings in Yardley, Pennsylvania. “There’s a ton of opportunity, early adopters and genuine entrepreneurial innovation happening in the industry right now.” And yet: “There are also predatory scam artists and black marketeers who will fleece uninformed investors dazzled by the prospect of huge returns,” he says.

As with any new investment opportunity, the questions and conundrums are enough to make your head spin – and that’s without inhaling.

Take it from a professor based at ground zero of the legal pot free-for-all. “Frankly, we don’t know yet whether the people opening the shops have the business knowledge and experience necessary to be successful in this challenged industry,” says Maclyn Clouse, a professor of finance at the University of Denver’s Daniels College of Business.

OK, so some operations don’t quite know how to sell pot. But if you’re a backer, would you necessarily know? Not really, Clouse says, because the core industry is so new that no one really has a track record in it just yet (unless, say, they come from the medical marijuana end of things).

“It’s also not easy to invest in one of these businesses; they are not publicly traded, they may not have credible financial statements and out-of-state ownership may not be allowed,” he says. “The information a prudent investor would want may not be available. There have also been some issues in Colorado with shop owners linked to organized crime.”

As if grappling with a potential “Potfather” weren’t bad enough, fraudsters are definitely out there. “There are people getting into the cannabis industry who were essentially run out of their last business and trying to reinvent themselves as cannabis entrepreneurs,” says Kris Krane, co-founder and managing partner of 4Front Advisors, a Phoenix-based company that provides support capabilities to companies in the marijuana industry.

“When looking into dispensary or cultivation operations, be wary of anyone claiming a guaranteed, large short-term return on investment,” advises Krane, who served from 2000 to 2005 as associate director of the National Organization for the Reform of Marijuana Laws. “These businesses tend to take time to get up and running and to scale, so someone promising big numbers right out of the gate is either not educated enough or not being honest.”

“Know the people you are investing with,” adds Jeremy Carr, CEO of BlazeNow, an ad platform and data collection hub that will focus on the high-tech side of the cannabis industry. “Be hands-on if possible and learn everything about the product and industry.”

To that end, it helps to know a hedge fund manager in the cannabis world – someone like Leslie Bocskor, founder and managing partner of Electrum Partners. He says to carefully read the investment prospectus and look for “a great team that can demonstrate previous success and has been able to take in investor money and return it with profits.” (Trust us, the plan shouldn’t be scrawled on the back of a rolling paper.)

The rest of the prospectus, Bocskor adds, should take you through some rigorous paces that include “valuations of comparable businesses in their industry and analogous industries, and clarity about the path to return of investor capital and profits. Businesses that can meet these criteria solidly always have the very best chance of winning.”

And as any smart investor knows, the rise of a commodity leads to bright prospects for the industries attached to it. “The buzz phrase in the industry right now is that all the money in pot is in the ‘pick and shovel’ ancillary businesses,” says Adam Bierman, co-founder and managing partner of MedMen, a medical marijuana licensing and management company in Culver City, California. These products include growing lights and vape pens, which vaporize the active ingredients in cannabis oil.

Compare that to what it’s like to wholesale cannabis in Colorado, where there are more than 2,000 dispensary licenses in Denver alone, Bierman says. “The market price for wholesale flower fluctuates drastically, which is why you hear about ‘intrepid’ entrepreneurs losing their shirts in Colorado because of massive crop failure, or a drop in market rate due to oversaturation.”

Meanwhile, guess who else is making the real green? Lawyers, accountants and professionals, says Andrew Ittleman, co-founder and partner at Fuerst, Ittleman, David & Joseph, a Miami-based law firm. But they could also help you vet the real investment opportunities: “Review the company’s filings with the [Securities and Exchange Commission],” he advises. “Chances are the public filings tell a far more modest story than the company itself would tell.”

Making sense of marijuana’s legality in the U.S. is akin to getting lost in a head shop. It’s still illegal under federal law to use, sell or cultivate it, but states can decriminalize it so long as they have regulation systems in place. To date, only four states have legalized cannabis for recreational use: Colorado and Washington in 2012, followed by Oregon and Alaska in 2014. They also rank among the 18 states that have decriminalized pot, according to NORML. But it’s still fully illegal Texas and Utah, where selling cannabis is a felony.

Will all this change? Some predict full, fast-track legalization in many of the remaining 46 states. But Ittleman calls such forecasts from those in the industry a “red flag” for the little green plant. He urges caution: “Stick with what you know and forget about the hype. The opportunity is not going away anytime soon.” 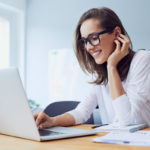 Finance Club Prepares Students for Careers in Finance
The Daniels finance club has a full slate of offerings scheduled for winter quarter 2020,…
X