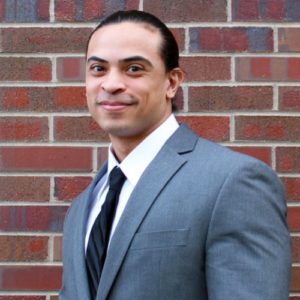 College was never part of Air Force veteran Steven Cruz’s plan. Now he’s graduating with not one, but two degrees.

When Steven Cruz arrived at the University of Denver, he didn’t even know what Commencement was. That’s partly because, growing up, he never thought he’d attend college, much less finish it.

Cruz has certainly made up for lost time: In June the 29-year-old Air Force veteran will collect a bachelor’s and master’s degree in accounting from the Daniels College of Business.

“Steve stands out because he’s a bit older than most other accounting students, but also because he acts older,’” said Tom Hall, an accounting professor who calls Cruz one of his all-time favorite students. “His whole demeanor and level of effort essentially says, ‘This is my time and my opportunity to rise above and provide a great living for my family — a living I never had when I was a kid.”

Growing up, education was an afterthought for Cruz. As a poor kid from the projects in the Bronx, New York, he was more concerned with staying out of trouble. His parents, Cruz said, never talked to him about college. Plus, he was afraid of being in debt. He never even took the SAT or ACT.

After working for a year following high school, Cruz enlisted in the Air Force, where he spent six years maintaining and loading weapons systems.

The hours were long and the pay wasn’t great. But more importantly, Cruz said, he wasn’t feeling challenged. Becoming an officer didn’t seem fulfilling, so he left the service in search of a career in the private sector.

Initially, Cruz eyed medical school. But he quickly realized that the professional demands weren’t what he wanted for himself, his wife or his two daughters. 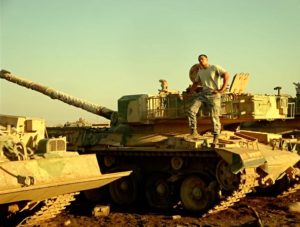 “I wanted to give [my daughters] a different lifestyle than I had,” he said, noting his own father was often at the office instead of at home. “I thought about what I was good at and what else I wanted to do, and I narrowed it down to business.”

Following a stint at Arapahoe Community College, Cruz enrolled at Daniels in 2017 and worked relentlessly to meet his educational and familial needs.

His daily routine started at 3 a.m. with a workout and studying before his 8 a.m. class. When he got home in the afternoon, he spent time with his wife and kids before bed. That’s not to mention the work he did as the vice president of community service for a local chapter of an accounting fraternity. He stuck to this grueling schedule for three years.

“Sometimes to put in the work, it’s all about sacrifice,” Cruz said. “What are you willing to give up? But it’s also just understanding yourself and what you want out of life. A lot of people want things, but they don’t want to do the work to make them happen.”

In addition to balancing work and family, Cruz faced the challenge of meshing with classmates who were considerably younger and came from much different backgrounds. As he shared his non-traditional student story with them, he made sure to ask plenty of questions about their experiences as well. It’s a skill he said he learned from his military service across the globe.

“It’s getting that experience of seeing different things, different places and ideas that people have and taking something from each journey and sharing it,” he said. “I’m willing to take notes and learn from anyone who has something of value. And I think everyone has something.”

His hard work and dedication landed him an internship at PricewaterhouseCoopers — a first step, he hopes, toward a career in the audit department at one of the big four firms.

Even before reaching graduation day, Cruz calls himself a “proud future DU alumnus.” He already plans to give back to Daniels, perhaps paving the way for someone like him to afford college.

“If I’m successful in the future, it’s based on my past,” he said. “DU is part of that past. I feel like I have to pay respect to that.”