Speak your mind. Be bold. Be brave.

A global challenge perspective from a Professional MBA student 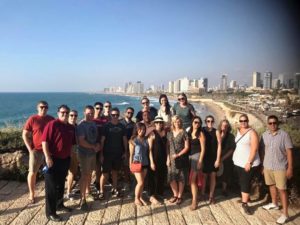 Other than information from Israel’s very own, Start-Up Nation, general research and of course the news, I did not know very much about the country before arriving. In fact, I knew close to nothing about the Jewish, Christian, Catholic or Islamic faiths.

Reading Start-Up Nation, I imagined Tel Aviv to look and feel like the mega cities I’m familiar with in the US and Asia. I was surprised that Tel Aviv did not have buildings tightly packed together with herds of people pacing the sidewalks and more cars than road space to drive on. Tel Aviv is dense, and the city is heavily populated, but the architecture and energy are very different. In certain parts of Tel Aviv, sleek, modern high-rise buildings filled the sky, but only a few blocks away, the preserved walls of ancient Jaffa can be seen. Culture, religion, and history are fully integrated into daily life. 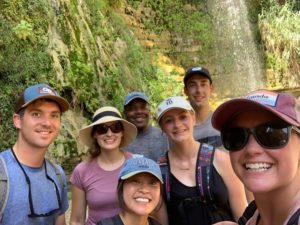 Although Tel Aviv is a “new city,” it was born from significant historical influences. It’s this continual confrontation with political and religious challenges that bred chutzpah – relentless persistence. Not taking no for an answer. In almost all our business meetings, our presenters spoke about chutzpah and the influence this value has contributed to the innovation of the nation. Israel was born from the unity of Jewish people exiled from their homes all over the world. Since the establishment of the nation, Israeli’s have faced constant pressure from neighbor states to relinquish their power from certain parts of the country. Tel Aviv, similarly was founded on the premise of looking beyond the city walls of Jaffa, literally and metaphorically, to create affordable housing.

Arriving in Jerusalem, I was again culture shocked. I was prepared to experience and see more chutzpah, but I was not expecting the open and eagerness of people to speak about their religion. As a Buddhist, Asian-American growing up in Colorado in the ‘90s, I learned at a young age to never speak of my religion, background or culture publicly. To avoid getting bullied by other students, I tried to blend in as much as I could. In Jerusalem, people introduce themselves first by their name and second with their religion. It was different, but I loved that people were proud of who they are and weren’t afraid to show it. 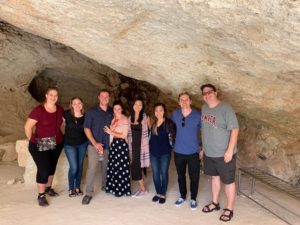 Innovation and chutzpah were again reinforced in our business meeting with the Innovation Center. Each year, the Israeli government endows $10 million to the Innovation Authority to fund projects. Only 20% of the $10 million is paid back. As a previous finance professional, this rings every alarm and red flag for me. How could any organization possibly withstand an 80% credit write off? The Innovation Center expects to not get paid back. Their objective is to fund innovation, whether successful or unsuccessful. If the project fails, then the company that was granted the money walks away with something that is probably even more valuable than money, a lesson in what they did well and what they can do better next time.

If not for this program, I’m not sure I would have ever visited Israel, but I’m so glad that I did. This tiny but almighty country has shown me the power of resilience, challenged and dispelled the cultural taboos I’ve grown up with. I can’t think of a better way to complete this program, traveling with an amazing cohort, learning, discovering, and embarking on new experiences together.

To sum up the global trip to Israel in a few words: Speak your mind. Be bold. Be brave.

Start-Up Nation: The Story of Israel’s Economic Miracle is a book by Dan Senor and Saul Singer that explores how a young country surrounded by enemies and in a constant state of war produces more start-up companies than large, peaceful and stable nations like the UK, Japan, China, India and Canada. Victoria Lam is a student in the Professional MBA program.