Seven student teams presented their ideas on how to recruit diverse tech talent for Charles Schwab as part of the Inclusive Excellence Business Case competition April 15 at the University of Denver (DU). This is the seventh year that the Daniels College of Business has organized the competition. 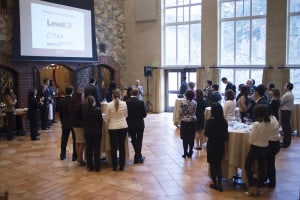 “This is a signature event for Daniels,” says David Corsun, director of the Fritz Knoebel School of Hospitality Management. “The case Charles Schwab provided has real-world implications for the company and presented a great learning opportunity around diversity and inclusion for the students. Participating students came from across the units on campus. We want Daniels College students to work with a diversity of team members to solve a real problem just like they’ll need to do in the workforce.”

Teams were provided the case on March 4, had a site visit and coaching session with representatives from Charles Schwab in early April and presented their cases to a panel of judges April 15. Twenty-eight students participated. The students were from 12 countries, speak 8 languages and represent six different Schools at DU. There were 18 graduate students and 10 undergraduate students. 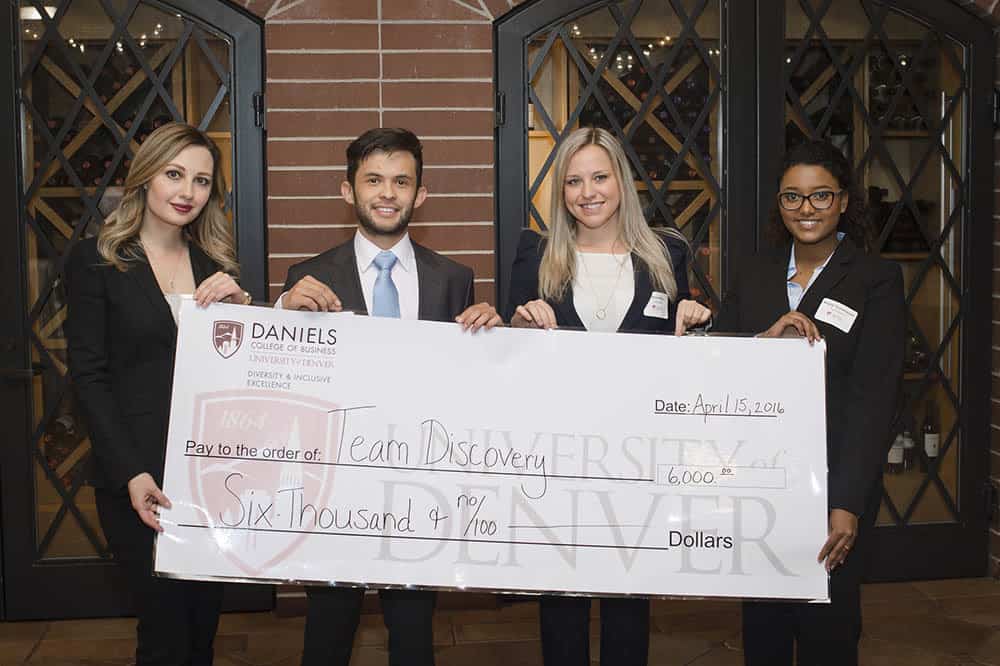 Team Antiza was made up of Christine Loftos, a master’s student in international studies; Christina Chen, an MBA student; Angel Diaz, a computer engineer major; and Kaz Nakamura, an MBA student. The group met in an introductory meeting to find out about the competition.

“We just happened to sit in the same row,” Nakamura said. The group shared that they have enjoyed the competition, but, more important, become close friends who have come to believe in the power of working in diverse groups.

“This has proven to me how important it is,” Diaz said. “We developed more innovative ideas because our perspectives were so radically different. It produced a better product at the end.”

Team Antiza suggested Charles Schwab should hold a coding competition called Game of Codes to attract diverse technology talent from community colleges.  Team Pioneer Consulting and Team J. Macc suggested a similar idea of hosting hackathons at a community college. Team J. Macc also recommended that the company look within their own company to look for talent who have invisible disabilities. They noted that Charles Schwab himself was dyslexic. Team Discovery recommended that the company partner with nonprofit organizations that offer job placement for people with disabilities and joining the Association of People Supporting Employment First.

Anne Bergen Taylor, senior manager of diversity and compliance programs at Charles Schwab, was one of the seven judges and, working with David Corsun, authored the case. She said some of the ideas were just fabulous.

“They’re offering us a fresh perspective,” Taylor said. “I’m excited to share these ideas and we’ll probably implement them.”

After seeing each 35-minute presentation, the judges offered feedback to each team. At the end of all of the presentations, they gathered to decide the top three teams. The results were:

The first place team was awarded $6,000, second place $4,000 and third place $2,000. Résumés of winning teams were presented to the participating companies for internship and job consideration.