To redesign the popular Gateway to Business class, professor Stephen Haag needed to think like an entrepreneur.

For years, the required introductory course has been among the most popular at the University of Denver’s Daniels College of Business. Typically, as students learned the ins and outs of industry, they also worked to develop a mobile app-based startup company, which they would then pitch at the quarterly Madden Challenge. But this fall, Haag rolled out something new. 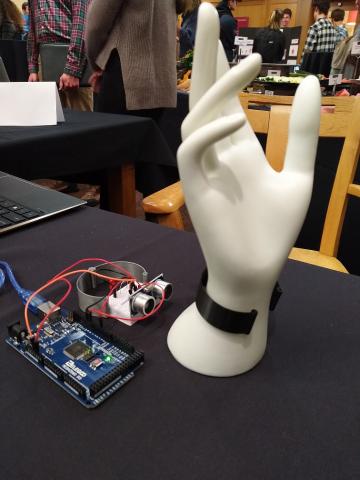 “Our goal was: What’s the next big wave that’s coming out there?” said Haag, faculty director for the college’s entrepreneurship program. “How are new technologies going to disrupt the business world?”

The answers lie within Marcus Commons, site of the fall 2019 Madden Challenge, which serves as the capstone to the revamped Gateway to Business course, now known as the Fourth Industrial Revolution. The room has the feel of a bustling science fair. Judges walk around with clipboards, weaving between a sea of poster boards and product demonstrations.

In the middle of it all stands Sophia Mellsop, a sophomore transfer student. Her startup, Cherish, makes 3D-printed shoes, which can be returned once they become worn or passé, melted down and reprinted into something else.

It took merely 10 weeks for Mellsop to convert her idea into a prototype — a timeline that’s especially impressive considering she had never touched the necessary technology before.

“I knew nothing about 3D printing,” she says. “This class gave me the resources to be able to access the Innovation Lab. It’s been a great introduction to DU and to Daniels.”

Exposure is an essential part of the Fourth Industrial Revolution course. The curriculum jumps nimbly through the latest and most disruptive new technology out there: artificial intelligence, cryptocurrency, 3D printing, extended reality, autonomous vehicles and the Internet of Things.

And while students still soak in more traditional business content (like how to connect with a customer, raise money or protect their ideas), the emphasis is clearly on experience.

With the support of the John Madden Jr. family, students get their hands dirty in on-campus labs focused on innovation. Aided by a starter kit filled with sensors, keypads and capacitors, they learn how to 3D print and are required to spend cryptocurrency. 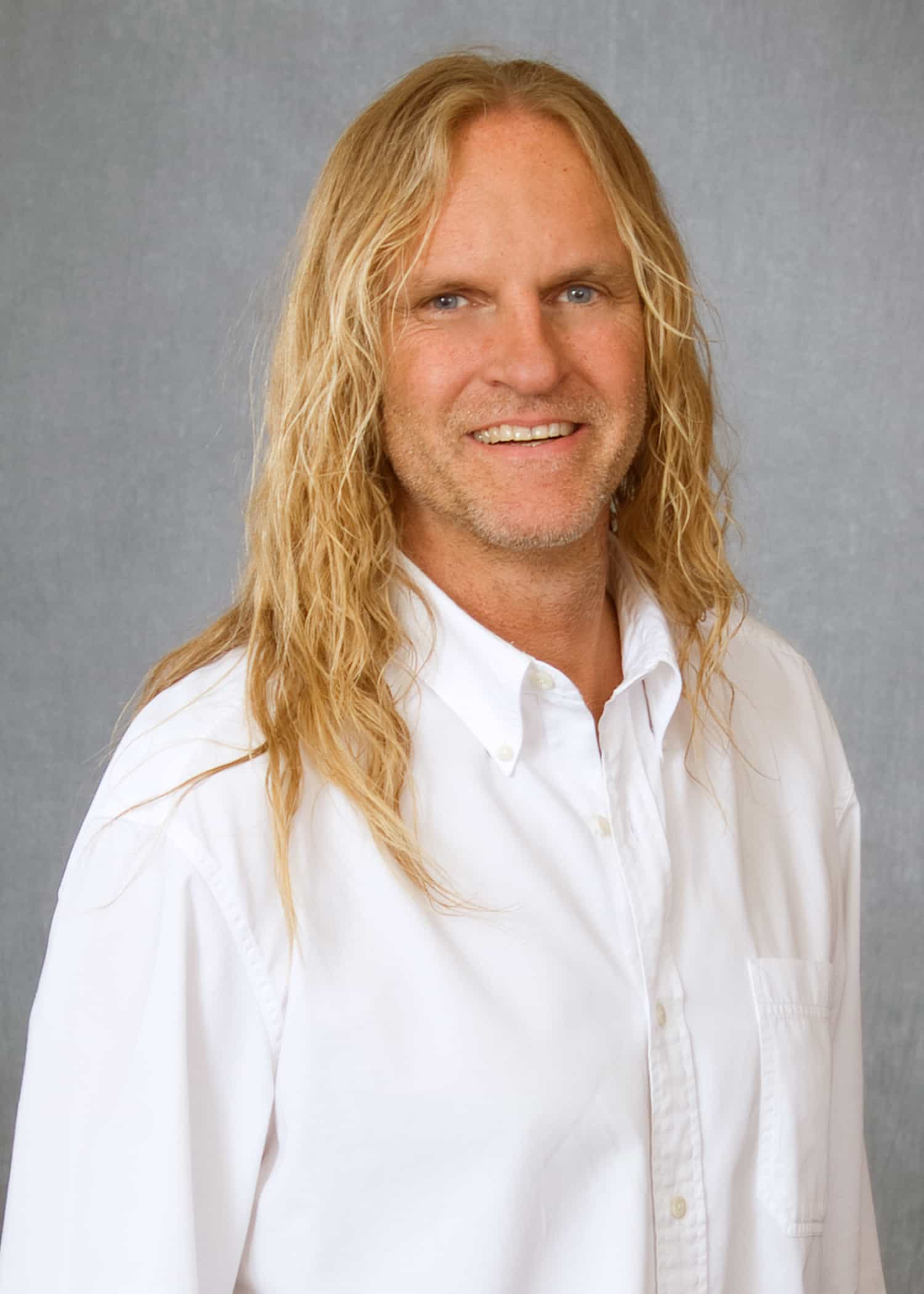 Stephen Haag, professor of the practice and director of entrepreneurship at Daniels

“This is going to become the new norm,” Haag says, “and we want to get out ahead of it for our students. [Teaching them] the way the business world operates today is doing them a disservice because in four years it’s going to be very different. In 10 years, it’s going to be something we can’t even imagine.”

When Haag created Gateway to Business in 2012, apps were the hot technology. Now, he says, they are standard technology, the cost of doing business. Standing on the cusp of the Fourth Industrial Revolution — a term created to describe the fusion of physical, digital and biological technologies — it was clear to Haag that the curriculum needed a makeover.

“The end game is preparing our students for a career,” he says. “A career doesn’t happen when they graduate at 22 years old. A career happens over a 30-year period of time. Being able to innovate out into these spaces for these students is the most fulfilling experience in the world.”

It’s been fulfilling for students too. First-year student Emily Huff created a product called Buddy Bandz, a pair of wristbands that can be shared by two friends. The bands light up when their wearers become separated by a certain distance. The intent is to keep friends close at parties with an aim of preventing sexual assault.

“Going into this, I had no idea that we had the capabilities to even make something like this,” she says. “Now, I feel so prepared to create a product that can compete in the business world. It really gave us the opportunity to do something we’re passionate about and also be successful with it.” 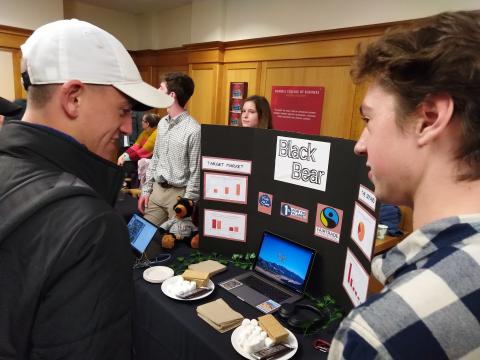 Sophomore Nathan Rosenberg is proof these skills translate outside the classroom. He took the Gateway to Business class as a first-year student and then helped pilot Fourth Industrial Revolution last spring.

His experience led to a job at Stout Street Capital, made possible, he says, by his exposure to cutting-edge technologies. He picked up an entrepreneurship minor, too, inspired by what he had learned.

“Especially as a first-year business student, [the class] gets you motivated,” Rosenberg says. “A lot of internships can be really intimidating, but this class teaches you to go full force and be willing to take risks and work hard. And that gets you motivated and passionate about your next four years at DU.”

Back at the Madden Challenge, Haag is beaming. He’s known to be an upbeat teacher, but on this night, he can barely contain himself. He surveys the room, pointing out his favorite startups and making introductions among the school’s newest entrepreneurs.

“These young people want to make a difference,” Haag says. “And what excites me most is seeing those sorts of ideas that come out of here. They think everything is possible, and we’re going to show them that that can happen.”