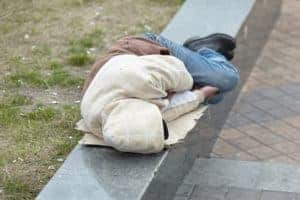 Conventional wisdom suggests that if a person doesn’t have a job, a place to live or know where the next meal is coming from, a smartphone and social media are afterthoughts.

But research from three University of Denver professors indicates that kids struggling with homelessness are still children of the digital age.

“Even when they cannot afford their plans, they go to a Starbucks or to a library so they access the public WiFi,” says Anamika Barman-Adhikari, who teaches in DU’s Graduate School of Social Work. “They’re very savvy. They’re very street smart.”

After observing that young people were constantly on their phones, Barman-Adhikari wanted to know the greater impact on what she calls an often-forgotten population. She started her Digital Connections project to study the effects of technology and social media on homeless adolescents — 90 percent of whom have a Facebook profile, according to her surveys. 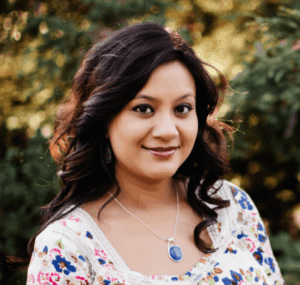 Barman-Adhikari estimates that across the country roughly four in five children use social media, regardless of whether they have a permanent place to call home. And as her research shows, they utilize the tool much differently than their more financially secure peers. What’s more, social media appears to benefit homeless youth more than it harms them, especially when compared to other children.

Social media can provide a “cultural bridge” for youth isolated from their peers, she says. Networks like Facebook can connect struggling children with family members, caseworkers and friends.

Her study, Barman-Adhikari says, is the first in the country to look not only at whether homeless populations are using social media, but how they’re using it. Aided by a team of graduate students, the GSSW professor is recruiting 200 adolescents in centers where they receive help and examining their activity over the last year and a half. 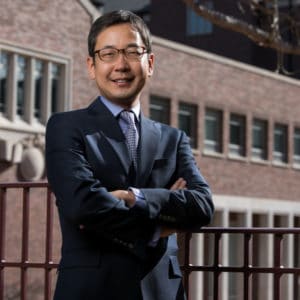 Rinku Dewri has created an interface that easily enrolls youth in the study and combs their Facebook profiles. Currently, he has harvested more than 150,000 posts, which Young Jin Lee will analyze for trends.

“I am extracting what kinds of conversations or words are exchanged (by posts and comments) among Facebook users,” Lee says. “After we identify any strong relationships among keywords (popular terms/words or particular topics), we will analyze how such relationships can help better describe homeless adolescents’ risk positions at their various aspects in their lives.”

For example, if the Facebook user is talking about substance abuse, it’s Lee’s responsibility to notify the social work team so they can provide the appropriate support and resources.

The ultimate goal, Barman-Adhikari says, is to better understand not only a child’s social media habits, but his or her emotional needs as well. Using the research to develop algorithms can help resource centers reach homeless populations more efficiently. Some drop-in centers that serve the homeless already have begun to incorporate free Internet access, realizing the benefits it can provide.

“There’s a lot of hope,” she adds. “If we provide them with the right kind of services and the right resources, these young people can do a lot, and I really, really believe that.”