Rosanna Garcia, associate professor of marketing and the Walter Koch Endowed Chair of Entrepreneurship, was recognized by The PhD Project in honor of the organization’s 25th anniversary.

The PhD Project was founded upon the premise that advancements in workplace diversity could be propelled forward by increasing the diversity of business school faculty.

Garcia attended the very first PhD Project conference in 1994 when there were fewer than 300 African-American and Hispanic business school professors. Now there are more than 1,500.

The organization says, “By quintupling the number of minority business professors, The PhD Project has established a new generation of scholars influencing academe and business through their research. Publishing prodigiously, some affiliating at universities with national recognition and impact, many PhD Project professors have earned wide recognition as thought leaders.”

Garcia is one of the thought leaders they profile.

Her research has been cited by other scholar-authors more than 6,000 times; she is believed to be one of the most-cited Hispanic professors of business in all academe. She focuses on questions of interest to both scholars and businesspeople: why does the marketplace fail or delay in accepting certain product innovations that are clearly good ideas?

Her work has appeared in numerous academic journals including the MIT Sloan Management Review, practitioner publications and USA Today. Her examination of the slow acceptance of electric cars in the United States earned her a National Science Foundation grant. This emphasis on real-world issues comes about, she says, “because I worked in industry for 10 years before becoming a professor.”

The PhD Project says their expansive network of supporters, sponsors and universities helps African-Americans, Hispanic-Americans and Native Americans attain their business PhDs and become the business professors who will mentor the next generation of leaders. 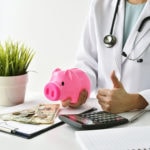