There’s plenty of things people can’t do because of the government shutdown — see a national park, get a federal home or business loan, launch a satellite — but paying taxes isn’t one of them.

The 11-day-old shutdown left fewer than 10 percent of Internal Revenue Service workers on the job, but 100 percent of taxes are still due. Most federal money pays for things that are not affected by the shutdown, such as Social Security, Medicare and military operations. In fact, the government continues to spend so much money, the shutdown probably won’t even cut into the deficit.

The only folks likely to get a break from the IRS are tax cheats. The agency said in a document on its website that in most cases seizures “would be extremely limited” during the shutdown.

The Treasury collects about $7 billion a day from income and payroll taxes, most of which are automatically deducted. Regularly scheduled payments to Social Security, Medicare, Medicaid, military salaries and public retirement benefits among others occur on scheduled days.

Social Security payments of $12 billion are scheduled for Oct. 16 and 23, for instance. On Nov. 1, the government will send out about $67 billion in entitlement payments and salaries, according to the Congressional Budget Office.

Furloughing 800,000 or so workers probably won’t save taxpayers any money in salaries paid. In previous shutdowns, Congress authorized back pay for those employees once the budget impasse ended, said Sharon Lassar, an accounting professor at the University of Denver.

“We really aren’t getting anything out of this,” Lassar says.

Taxpayers might even shell out more in government salaries because of the shutdown, according to Lassar. Once those workers return, many will have a backlog of work to process, and that likely will lead to more overtime. 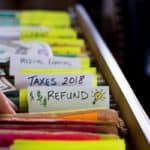 Eight end-of-year expert tax tips
The end of 2018 is quickly approaching, so it's time to make any financial decisions…

How CPAs are affected by ego depletion
We’ve all had to exercise self-control in our personal and professional lives. Whether you’re trying…