For those of us used to banking conveniences such as free checking accounts and bill pay, it can be hard to imagine that more than a third of the world does without these services. According to the Consultative Group to Assist the Poor, 2.5 billion adults worldwide don’t have a formal bank account. In the United States, 9.6 million households are unbanked, the Federal Deposit Insurance Corp. finds. 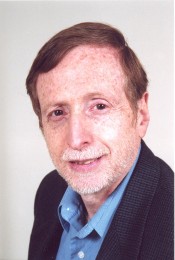 “Banks won’t even talk to people who want to borrow small amounts of money. People-intensive lending is what it is,” says Michael Tucker, a professor of finance at Fairfield University.

But people-intensive lending is expensive, and some of MFIs’ recent attempts to make money – including IPOs – and their interest rates averaging 35% have led some to question whether the institutions are prioritizing profits over people.

To be successful, MFIs must cut costs. But many of their expenses – which are passed along to users – are inevitable. Rachel Heath, assistant professor of economics at the University of Washington, says:

There’s certainly no reason that helping people and being financially sustainable are mutually exclusive for MFIs. 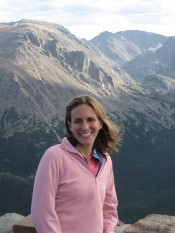 As long as an MFI is offering a loan more cheaply than peoples’ alternative access to credit, the borrowers presumably benefit, and if this interest rate is profitable for the MFI, it will be sustainable. With that said, however, I think a lot of the people who see high interest rates and assume MFIs are extortionary don’t realize how expensive it is to make small loans to very poor people. There’s just a very high transaction cost to administer small loans. So while people can still benefit from high interest rate loans from MFIs … they’d benefit more from lower interest rates. This just wouldn’t likely wouldn’t allow the MFIs to be sustainable.

Despite high rates, many MFIs are sustainable and valuable parts of their communities. How are successful institutions managing costs while staying true to their missions? NerdWallet asked the experts to weigh in.

Robert Christen and Todd Watkins on MFIs and technology

Elisabeth Rhyne and Maclyn Clouse on expanding the possibilities of microfinance

Les Dlabay on MFIs and banks

Belonging to a brick-and-mortar bank isn’t the only way to access time- and money-saving financial apps. And now that 6 billion people in the world have access to mobile technology, according to Time Magazine, more and more MFIs are harnessing it to increase their membership and cut operating costs.

Robert Christen, president and founder of the Boulder Institute of Microfinance and professor of practice of public administration and international affairs at Syracuse University, says that the cost savings offered by mobile technology lowers costs and increases customer access:

Microfinance institutions are starting to make great use of technological solutions like mobile phone and agent-based transaction systems to drive down the cost of transactions with clients. 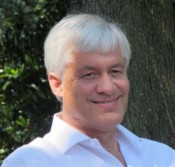 These efforts, plus others like developing algorithm-based credit decision models, can dramatically reduce their operating costs, which then in turn allows them to reduce interest rates in a competitive environment. Significantly improving costs also allows microfinance institutions to achieve far greater scale and serve exponentially greater numbers of poor families who are financially excluded.

Todd Watkins, an economics professor at Lehigh University, says that mobile banking in Kenya benefits both MFIs and their customers:

Probably the most innovative thing that’s happening is mobile money. There’s a program in Kenya called M-Pesa … M-Pesa comes as an app loaded on your cell phone, so everybody with a mobile phone can use it. 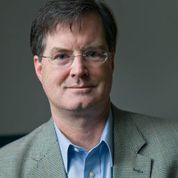 You can withdraw cash at tens of thousands of agents around the country … People are using it as substitute banking. There’s no infrastructure needed, so it’s really cheap from a banking point of view. And relative to paying a bank fees, it’s way cheaper … About half the population is now using this mobile money. It’s pretty spectacular.

In the middle of the Serengeti … I saw a guy tending his sheep, sending mobile money to his cousin in Nairobi. It’s pretty cool.

Easing access to microfinance won’t make a difference if the services aren’t worthwhile. Many MFIs add value for customers by expanding their offerings to savings, insurance and other financial products – and helping customers (who don’t always know how to read, write, or use numbers) manage them responsibly.

Elisabeth Rhyne, managing director for Center for Financial Inclusion at Accion, emphasizes the importance of customer support and education for MFIs:

Maclyn Clouse, professor of finance at the University of Denver, has seen Indian MFIs adapt to technology without losing their customer focus:

There used to be a weekly meeting where the borrowers would bring cash, and the loan officer from the MFI would take the cash in a leather pouch and go on the motorbike … In our last trip to Bangalore, we went out to a rural village, and they were talking about the fact that more customers were getting the capability to pay with their cell phone, but they’re still going to continue that weekly meeting. 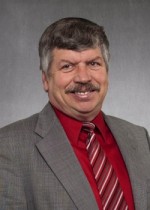 The purpose isn’t just to collect your money, but to make sure everything’s going OK with you. These are things that make a difference and suggest that the MFI can be more than the source of a loan.

What you find is that the good MFIs are looking out for their customers as more than just a client that will enable them to remain sustainable. The good MFIs will provide educational programs about borrowing, running a business, health care, life in general. They try to attract customers for more than just the money.

Broadening the customer base

Providing small loans to a small number of people is expensive. That’s why banks don’t typically do it. So for MFIs, broadening their customer base – whether by embracing technology, offering additional services, or another method – is key. For many, adding new users, even within a village, decreases costs per customer.

Watkins of  Lehigh University says that the high costs faced by smaller MFIs endanger the institutions and hurt their customers:

The church-based MFIs that are dealing with hundreds of members, trying to provide financial services, and have the fixed costs of setting up a system and having good oversight, data collection, insight into who’s paying back your loans, good access to capital outside the organization … Those things are all way cheaper for larger organizations.

And costs are also directly correlated with interest rates. Microfinance has a black eye because they charge high interest rates by our banking standards. Organizations that have low costs have low interest rates. There’s a…line that goes straight up. So if you’re small, you have higher costs, so they charge more. It just doesn’t do anyone a service.

Clouse of the University of Denver suggests targeted outreach for rural MFIs:

MFI rates are high, but they’re high because the operating costs are large for these institutions. It costs them a lot to get money, and in many cases, in the rural areas, you’ve got to go the customer. It’s not like you’re coming into a branch office. You’ve got customers who’ve never left their village, and you’re got loan officers going out on motor bikes, so it becomes extremely costly … The challenge is to cover those cost.

We spent an afternoon in one of these villages [in Cambodia], where we had to spend an hour and a half to get there on one dirt road, and the customers all said they got a loan from that institution ‘because they came to us.’ Those are the things customers understand and appreciate … It’s the job of the MFI to convince the customer that they can deal with them. If you can get most of the business in that village, that’ll make it a lot more sustainable for you than [driving from village to village,] competing with other institutions.

First there was micro-credit. Now it’s about microfinance, a whole suite of services, like asset-building, that can benefit people outside the traditional financial system. 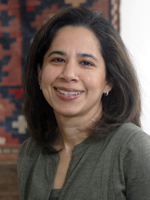 How do you bring individuals into the formal financial system, and help them use it to their advantage? There are self-employed individuals, primarily in the informal sector, off the radar of formal financial institutions. They don’t have…books of accounts. Banks didn’t feel comfortable with these segments. We also see that there are low-income individuals receiving salaries, factory workers in the developing world. There are a good number of women in these segments. They’re receiving salaries in cash and fully excluded from the financial system. If they can receive their salary in an account, they can save, remit money… We started thinking about how we can think about this segment more broadly. Our language has evolved.”

To meet new client needs, and to improve their access to capital – driving down interest rates – some MFIs have changed course and become banks. But the transition from non-profit to for-profit has been rocky and controversial among many experts, especially when former MFIs go public.

“I’m not sure that’s such a good thing, because going public can mean a windfall profit for shareholders,” Tucker says. “There’s not a lot of it, but it’s out there.”

Of course, banks serve a purpose for many customers. But so do MFIs. Les Dlabay, professor of economics and business at Lake Forest College, explains why MFIs are still essential for low-income borrowers:

Historically, microfinance programs were designed to address the capital needs of low-income people by non-profit organizations.

As the potential of this market became visible, some non-profits converted to a for-profit status and banks started to take notice of these underserved customers. As a result, a different business model (for-profit) was applied to the microfinance market. This resulted in some situations of over indebtedness and exploitation. The for-profit section of microfinance realized the need to not enter certain markets, which were better served by non-profits.

Balancing profit and social responsibility is a continuing challenge for MFIs. But some, like Bart Victor, a professor of moral leadership at Vanderbilt University, say their predicament isn’t unique:

The notion of social enterprise is this dual mission business. 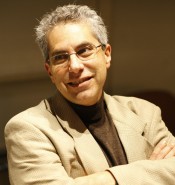 But lots and lots of firms have dual missions… The vast majority of companies do… We will pursue profit optimization, but constrained by the law… Social enterprises are not immune to that… That’s what makes it fascinating… Lots of watchers have sympathies for one or the other mission. Everybody who I know who’s in this is working very, very hard at making short-term trade-offs… You’re riding the tiger – that’s how it works.

And other organizations, like the California-based Opportunity Fund, which lends more than $2 million each month to borrowers in the Los Angeles and San Francisco areas, seem to have found a balance. Spokeswoman Caitlin McShane says:

Financial sustainability and helping customers are symbiotic. The more we help customers, the more revenue we generate. 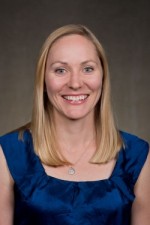 This leads to our long-term financial sustainability. Opportunity Fund’s revenue comes from earned income and contributed income (about half and half). Our earned income is a growing source of revenue. We are continuing to drive down our operating costs and our costs to originate each loan… At the same time, our community of supporters continues to expand. And the pool of contributed income is keeping pace with our growth in lending. Hence, the more people we help, the more people want to help us.

And though it may be old news, there are many reasons to be optimistic about microfinance. According to Tucker, most institutions’ repayment rates hover around 95%.

Adds Watkins of Lehigh University, “Hundreds of millions of people are getting financial services they wouldn’t have gotten two decades ago. They’re voting with their feet.”