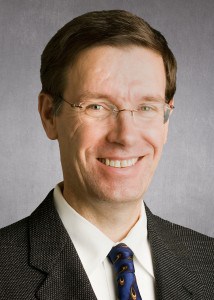 Over the past week we have seen a dizzying number of opinion pieces concerned with Verizon’s acquisition of Yahoo’s web business for a reported $4.83 billion in cash. In order to parse through the transaction, we sat down with Professor Donald Bergh. Bergh is the Louis D. Beaumont Professor of Business Administration and Professor of Management at the Daniels College of Business.

So, Donald, can you give us your general reaction to the sale?

Bergh: First, it is somewhat surprising for the reason that large deals like this have been less popular the last few months due to uncertainty in the political and economic environments. Uncertainties owing to the US election and Brexit, among others, have made executives less willing to place large investments in acquisitions. After a record year in worldwide value, there have been fewer deals, especially large ones like this. Second, this is not an unusual acquisition – Yahoo had made many acquisitions that were not successful, thereby lowering the firm’s market value, and making it attractive to buy. Some of those assets can now be sold off while Verizon retains what it wants. Third, the deal helps further diversify Verizon and expand its revenue base, potentially accessing Yahoo’s 15% stake in Alibaba (which is most of Yahoo’s value.) Keep in mind that Yahoo was valued at $125 bn and is about $37 bn now. Seems like there may be some good opportunities for Verizon to cash in potential synergies.

Is this it for Marissa Mayer? Did she ultimately prove to be a failure as a CEO, and if so, why?

Bergh: First, she will remain through the close of the deal. The loss of leaders generally exacerbates uncertainty in the acquired company and can greatly impede the risky implementation phase. Keep in mind that implementation is where deals either succeed or fail and losing her prior to deal execution throws the deal into considerable risk.

Second, there are numerous ways to define whether she failed. From one perspective one could say that yes, she failed Yahoo, as the potential value of the firm operating independently was perceived by Verizon to be lower than the value it can realize by acquiring and internalizing the firm.  However, if Yahoo was battling bankruptcy and she found a lifeline for it, then she could be perceived as a success. In addition, some would call her successful if the stock price gains associated with the acquisition are higher than she might be able to deliver otherwise.

Is Verizon crazy buying up internet has-beens such as Yahoo and AOL? Or is there a method to the madness here?

Bergh: Not crazy at all. Many businesses are successful at buying firms that have good customer bases, relatively stable revenues, but have problems that inflate their costs or responsiveness. Newell-Rubbermaid is a great example: buy smaller firms in stable industries, revamp them, and then make the difference in improved margins. In terms of Verizon, these acquisitions give them access to more revenues in digital advertising. One can look at this as Verizon will seek to cut out costs in the acquired businesses, expand their advertising base, and realize the gains in margins. This model is quite common for acquiring firms.

When and why did Yahoo go south as a business?

Response: They tried to enter too many businesses in order to grow out of their problems. Unfortunately, they seemed less successful at integrating and implementing the acquisitions and the costs of those deals ultimately dragged them down. 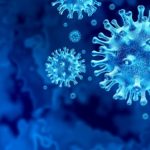