Housing affordability is expected to continue to be a concern for metro Denver economic development in 2015 with home prices and rents alike continuing upward trajectories.

Prices for all kinds of homes — for rent and for sale — spent 2014 appreciating, according to data from REcolorado (formerly Metrolist) and the University of Denver’s Daniels College of Business.

Housing prices impact every facet of the economy, because if an indiviual or family pays too much for a home, they have less money to spend on other things. In addition, if a market does not have homes that are affordably priced for all different levels of income, businesses may think twice before locating in that market. Because of this ripple effect, home prices are one of 2015’s stories to watch.

The average selling price of a home in the metro area increased by 9 percent from 2013 to 2014, reaching $329,306 in November. And the average rental rate of an apartment in the area increased by about $100 to $1,145 per month in the third quarter of 2014 from the same period a year earlier, according to data compiled by DU.

Both buying and renting a home is more expensive than it was before the recession in Denver, even when adjusted for inflation.

Denver’s population is on the upswing, especially among young professionals who need moderately priced housing options, as they are typically buying their first home. Denver has a dearth of these properties right now, especially condominiums and townhomes.

These properties are typically priced lower than detached homes, with an average selling price of $234,000 in October 2014, making them more attractive to first-time buyers, but the supply is low, due in large part to the construction defects law, a state-level regulation that makes it easier for homeowners and condo associations to bring suit against a developer on behalf of homeowners.

A proposal to change the law was introduced late in the 2014 legislative session, but failed.

This year, new legislation is planned, said Sen. Jessie Ulibarri, the Adams County Democrat who proposed the 2014 bill. Specifics of a new bill haven’t yet been formed, but Ulibarri and other legislators are working on a bill that balances consumer protections with developers’ needs with regard to building a profitable product.

For now, developers who don’t want to take the risk of building condos are building apartments in spades, but even the thousands of new units coming on the market aren’t enough to sate Denver’s droves of new residents.

More diverse housing development is needed in Denver to keep prices from continuing their climb, both in rental and for-sale properties, said Elliot Eisenberg, a Washington, D.C.-based economist and lead author of a study titled “Driving a Vibrant Economy: Housing’s Role in Colorado’s Economic Success,” commissioned by Housing Colorado and other community development organizations. 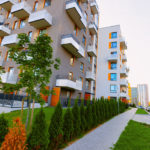