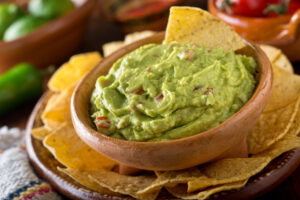 Research shows how custom orders can pack on calories

Deciding whether to order a pizza, sandwich, burrito or salad is typically the first in a dizzying array of choices, from build-your-own varieties to customizing the “loaded” option. A Daniels College of Business professor’s curiosity about consumer behavior involving customization spurred his most recent research into the subject.

Ali Besharat, associate professor of marketing and co-director of the Consumer Insights and Business Innovation Center (CiBiC) at the University of Denver, is right at home in the domain of consumer behavior research. His interests include behavioral judgment and decision making as well as marketing communications and branding.

The questions Besharat and two other researchers wanted to answer were: Would customizing a meal order by rejecting vs. selecting ingredients affect consumers’ health assessment of the final product? Would it impact their subsequent food decisions? What about their perceptions of the restaurant itself?

The resulting study, “Customizing Calories: How Rejecting (vs. Selecting) Ingredients Leads to Lower Calorie Estimation and Unhealthier Food Choices,” is in press at the Journal of Retailing and available online. Their findings expand on research related to food choices and customization. 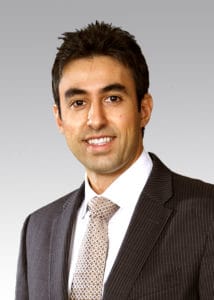 “After taking out ingredients, whether it was a tomato or sour cream, participants associated higher calories to those eliminated ingredients and perceived the dish as lower-calorie,” said Besharat. “As a result, we saw a ‘licensing effect,’ where consumers were more likely to make unhealthier subsequent decisions, like choosing a cookie over an apple for dessert. Removing ingredients from their food order also made consumers more likely to order additional sides, desserts or drinks.”

When given the option to reject items, consumers chose to keep more ingredients, including unhealthy ones. Their misguided perceptions that the restaurant offered healthy meal choices could lead them to patronize it more often.

Besharat’s team employed six experiments to develop their findings involving customizing burritos, sandwiches, frozen yogurt and nachos. In two experiments, panelists estimated calories where someone else had selected or eliminated ingredients. Another experiment demonstrated that consumers in the rejection (vs. selection) task still provided biased calorie estimates regardless of the presence of ingredient calorie information. In the next two experiments, participants were able to make their own ingredient choices before estimating calories. The final two experiments tested how customization affected subsequent food decisions by asking participants if they wanted to add dessert. One group could add a cookie; another could choose to add a cookie or apple slices.

Besharat and his co-authors presented their findings in the context of decision frames and calorie estimation. The results were conclusive and showed the systematic biases in food assessment; estimating the caloric tradeoff of holding the guacamole and adding a cookie was difficult for many people.

“In one of the experiments, even when participants saw the calorie estimates of the individual ingredients while they were customizing their order, a rejection (vs. selection) task still led to lower calorie estimates,” Besharat said.

The research has implications for consumers, restaurants and health officials. Awareness of the cognitive bias involved in paring down menu items could help consumers make healthier choices. Restaurants should note that more resource-intensive forms of customization applying a selection (build-up) strategy result in consumers purchasing less, not more. Offering a rejection (pared-down) strategy instead can also translate into a stronger desire for customers to return. Health officials and policymakers can help consumers understand the insights into calorie estimates and subsequent decisions.