Josh Anderson felt nervous as 140 Team Rubicon employees from around the U.S. sat in a rustic mountain lodge at the YMCA of the Rockies in Estes Park, Colorado. Would his colleagues find as much value in the Insights Discovery training as he and his fellow executives had six months prior? 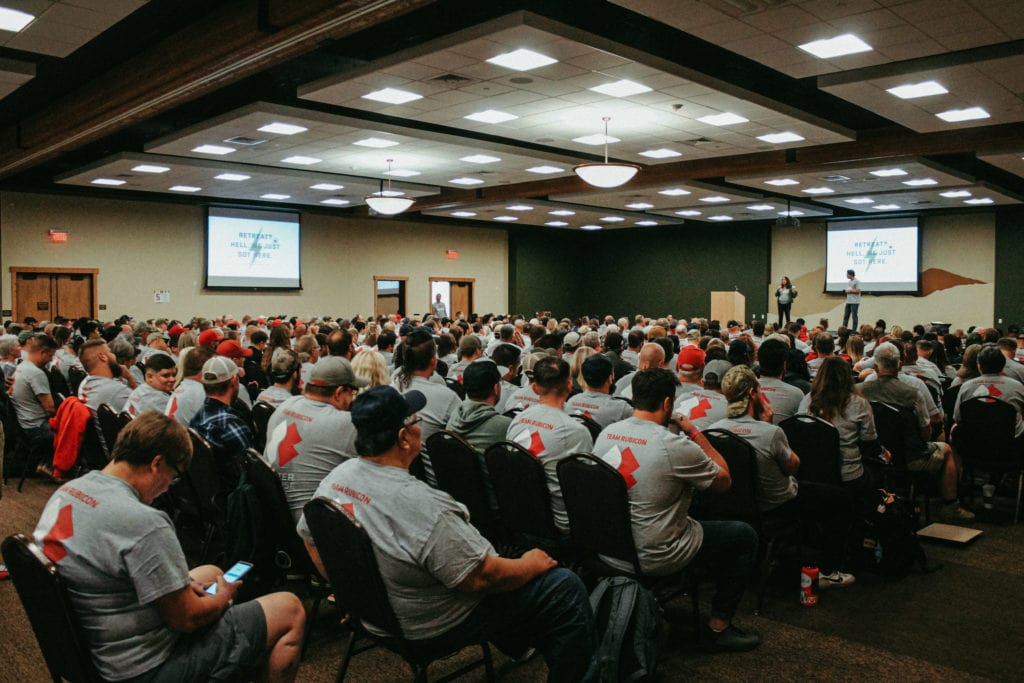 At the front of that room stood Amanda Cahal, adjunct faculty member in Executive Education at the Daniels College of Business. She was at Team Rubicon’s annual staff-wide conference to facilitate a half-day training in the Insights Discovery system—a highly accurate, psychology-based personality tool designed to improve emotional intelligence and communication in the workplace.

“I was skeptical going in, as I didn’t know how it would be received,” said Anderson, former Team Rubicon head of talent and current Daniels Executive MBA student. “A lot of staff have gone through a litany of other personality batteries before—Myers Briggs, Strengths Finder—but the feedback was unanimously positive.”

Team Rubicon orchestrates disaster response throughout the U.S. and world through a network of more than 105,000 volunteer first responders and military veterans. They’re the perfect resource for this role, as their training, skills, passion and experience specifically prepares them to help serve others in the midst of crises.

Anderson said the 10-year-old nonprofit grew from a staff of 50 to nearly 200 within 18 months after Hurricanes Harvey, Irma and Maria ravaged Texas, Florida and Puerto Rico in 2017. The opportunities to impact communities through consecutive natural disasters had a transformational effect on the organization. Team Rubicon needed better tools for communication, shared understanding and self- and social-awareness to unify its rapidly growing staff to keep its mission front and center.

In building a professional development program for the team, Anderson decided to incorporate Insights. He piloted the program with the People Operations team in March 2019. 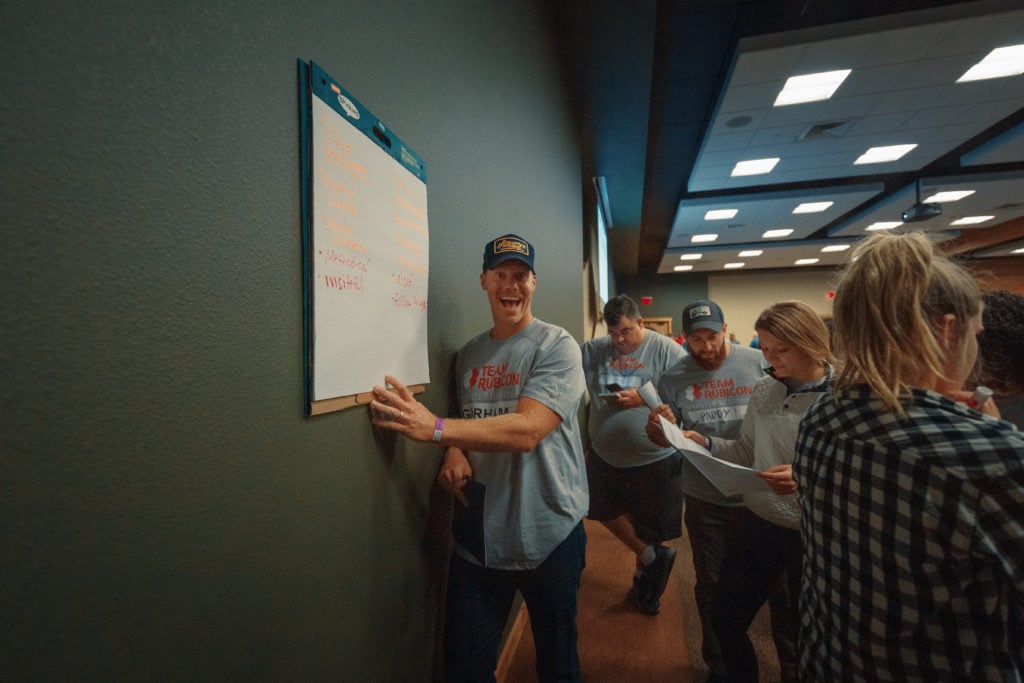 “After we did it, the whole team became big believers,” he said, adding that additional team members later attended Daniels’ public Insights workshops. Team Rubicon also incorporated Insights into its management training program. After this patchwork approach, the Los Angeles, California, headquartered organization made Insights the focus of its staff-wide retreat in the Colorado mountains in August 2019.

For the first full morning, Cahal led the team through an informational training on Insights, including how individuals and teams could use their results to improve workplace communication, empathy, understanding and efficiencies. Most of the following conference sessions built on that information.

“We talked a lot about the state of affairs in the U.S. right now, and how disconnected we are from one another in this society,” Anderson said. “Juxtapose that with a community in the wake of a disaster, and you see something beautiful: neighbors helping neighbors. In the work Team Rubicon does, there is little more important than empathy and compassion. That’s the currency Team Rubicon runs on. How we show up, both to communities and to one another, is central to our mission.”

After the staff portion of the conference, 350 of Team Rubicon’s volunteer leaders joined the meeting. Their sessions echoed the lessons learned from the Insights training—including management fundamentals—so leaders could take the information back to their territories and share it with their fellow volunteers.

“Insights gave everyone a common language,” Anderson said. “It helped us gain a better understanding of ourselves, how we show up, our blind spots and opportunities to do better and be more effective with one another.”

As a group of primarily military veterans, Anderson said he expected to see a lot of “red” energy in staff members’ results (Insights uses four colors to classify people’s preferences at work—red is direct, yellow is social, green is caring and blue is precise). He was surprised that all four colors were evenly distributed among the staff. 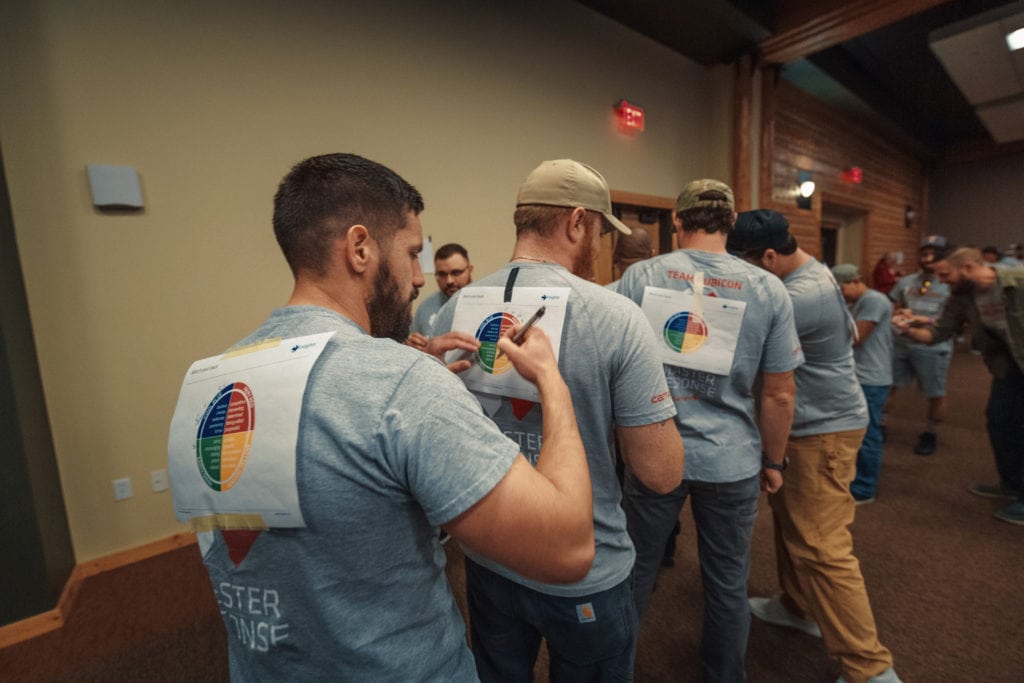 “The distribution of colors and strengths told a really cool story—in short, we had optimized for many of the right qualities in roles and teams across the organization, even before we had Insights data,” Anderson said. “Insights reinforced that, for the most part, people were in the places they worked best.”

Since leaving the Marine Corps himself, after two deployments and five years of active duty, Anderson has led HR and talent acquisition teams at several organizations. He recently took on a new role as the U.S. talent leader at Xero, as he continues to pursue his Executive MBA at Daniels.

On Veterans Day, we honor military veterans for their service in the U.S. Armed Forces, and recognize the value that returning veterans bring to our communities. To learn more about Team Rubicon’s mission of veteran-led disaster response, visit teamrubiconusa.org.

Note: Daniels values the service of military veterans. In partnership with the Department of Veteran Affairs (VA), Daniels offers unlimited Yellow Ribbon funding to candidates that have 100% GI Bill and Yellow Ribbon eligibility (as determined by the VA) to cover the full cost of tuition for our graduate programs. More information. 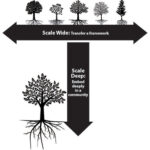