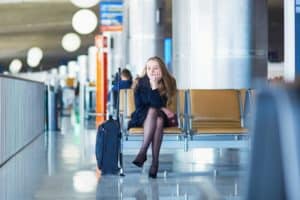 The management and pilots of Frontier Airlines have been in negotiations for two years in an attempt to work out a new contract. With an apparent negotiation impasse now upon them, the pilots have indicated that they are willing to walk out in order to achieve their contractual demands. Should a work stoppage occur at Frontier, it might happen during the busy summer travel season impacting thousands of travelers across the United States.

The pilots at Frontier Airlines are represented by negotiators from the Air Line Pilots Association (ALPA), the largest union representing pilots at airlines such as United, Delta and Spirit. ALPA negotiators have been meeting with Frontier management and mediators from the National Mediation Board (NMB) since January of this year. In light of the subsequent request by ALPA on behalf of the pilots to be released from mediation, it would appear that both sides are far from coming to an agreement. With the busy summer travel season now underway, a work stoppage would have a major impact on the operations of Denver-based Frontier. 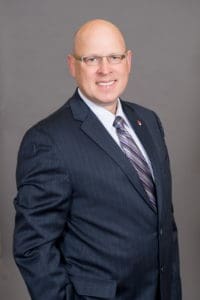 In 2010, during the time that William Franke was chairman, Spirit Airlines underwent a five-day pilot work stoppage. If the Frontier/ALPA negotiators take a page from the Spirit Airlines negotiating play book, then requesting and receiving a release from mediation will start a 30-day calendar for the parties to “cool off.” After the 30 days have elapsed, the Frontier pilots would be allowed to begin their work stoppage. Given the recent shutdown of regional airlines like Great Lakes Airlines because of a shortage of pilots, the opportunity for Frontier Airlines to hire replacement pilots would seem remote.

During the Spirit Airlines pilot’s work stoppage, customers who had purchased travel on a Spirit Airlines flight that was canceled due to the strike were only offered a refund or a travel credit for a future flight. Since Frontier Airlines is also an ultra low-cost airline, it currently does not have re-accommodation relationships with other airlines. Travelers impacted by a work stoppage would be on their own in arranging replacement flights to their destinations.

The NMB may deny the pilots’ request if they feel that they have not expended all reasonable efforts in attempting to reach an agreement or that the requesting party is not bargaining in good faith. If the NMB denies the pilots’ request, the pilots and company management will be offered binding arbitration. Either party may decline binding arbitration, which would prompt the 30-day “cooling off” period to begin and after that, the pilots may begin their work stoppage.

If we take a look at the Spirit Airlines pilot’s strike of 2010, the Frontier pilots negotiations are heading down the same path. The Spirit work stoppage occurred in June 2010 (the busy summer travel season). The union representing the Frontier pilots is the same union that represented the Spirit pilots in 2010. The Frontier Airlines Chairman influencing contract negotiations is the same person who influenced Spirit in 2010. If a work stoppage does occur, it will happen during the busy summer travel season (July and August) putting more pressure on Frontier management to reach an agreement.

Lowell Valencia-Miller is a teaching assistant professor of management at the University of Denver’s Daniels College of Business. He’s also a former senior director at Frontier Airlines (1994-2008).