For the Olympics, Daniels Professor Always Goes the Distance

Rosanna Garcia has been to every Summer Games since 1984 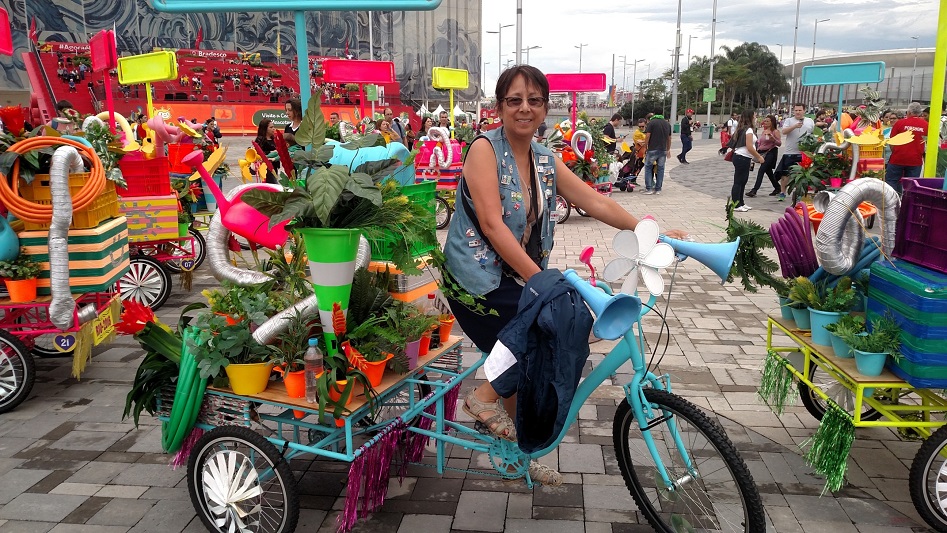 At first it was convenience. Then, an excuse for a vacation. But now, a quarter of a century later, the Summer Olympics are one of Rosanna Garcia’s most treasured traditions. Quadrennially, the Daniels College of Business professor becomes a moth to the Olympic flame.

“You have a feeling of patriotism, but you also have a feeling that everyone’s your friend,” Garcia said. “It really gives me faith in humanity, and I think that’s what makes it more special.”

Under normal circumstances, Garcia would have been en route to Tokyo this July, for her 10th Olympics. But the games, originally scheduled for July 24–Aug. 9, were postponed after an outbreak of the novel coronavirus.

“I wasn’t disappointed,” Garcia said. “In some ways it was a relief. Everyone was worried about travel. I was glad they didn’t cancel it.”

Garcia’s first time at the Olympics was as a senior at the University of California, Santa Barbara, about 100 miles up the coast from the Los Angeles Games. With the world’s greatest athletes so close by, she figured she might as well go. She and her three siblings crashed on a friend’s floor.

She remembers sitting two rows up from the Los Angeles Memorial Coliseum track, watching the legendary Carl Lewis sprint his way to one of four gold medals. Next to her sat the non-English speaking parents of West German shot putter Claudia Losch. They celebrated together as she won gold.

“We felt like a family,” Garcia said. “We didn’t know them, couldn’t talk to them, but it was just so exciting to be able to celebrate somebody’s accomplishment and celebrate humanity.”

Four years later, she was on her way to South Korea—a location that never made her list of dream destinations. After living with a local family for a couple weeks, she knew she wanted to make the Olympics, wherever they were, a priority.

“It took us to a place in the world we would not have gone to,” she said of the Seoul Games. “We met people and were immersed in a culture I would have never experienced: the hospitality, the kindness, the politics. It was really interesting and eye-opening for me.”

Every Olympics, Garcia said, feels a little different. Some (Sydney) are better run than others (London). But a few things have remained consistent over the last 26 years:

Through it all, Garcia said, she has never had a bad or uncomfortable experience. She leans into spontaneity, rarely making structured plans and usually waiting until the last moment to purchase a flight.

“Every time we’ve gone, we’ve had some incredible experience that you could not possibly have planned,” Garcia said. She remembers the free lodging her Korean hosts offered her at time-share accommodations around the country. And there was the time she spotted swimming legend Dara Torres at a Sydney restaurant after her event, invited her over to her table and held her newly won gold medal.

“How do you walk into that?” Garcia said. “Only at the Olympics.”