For John Tripp, It All Starts (and Ends) With Loyalty 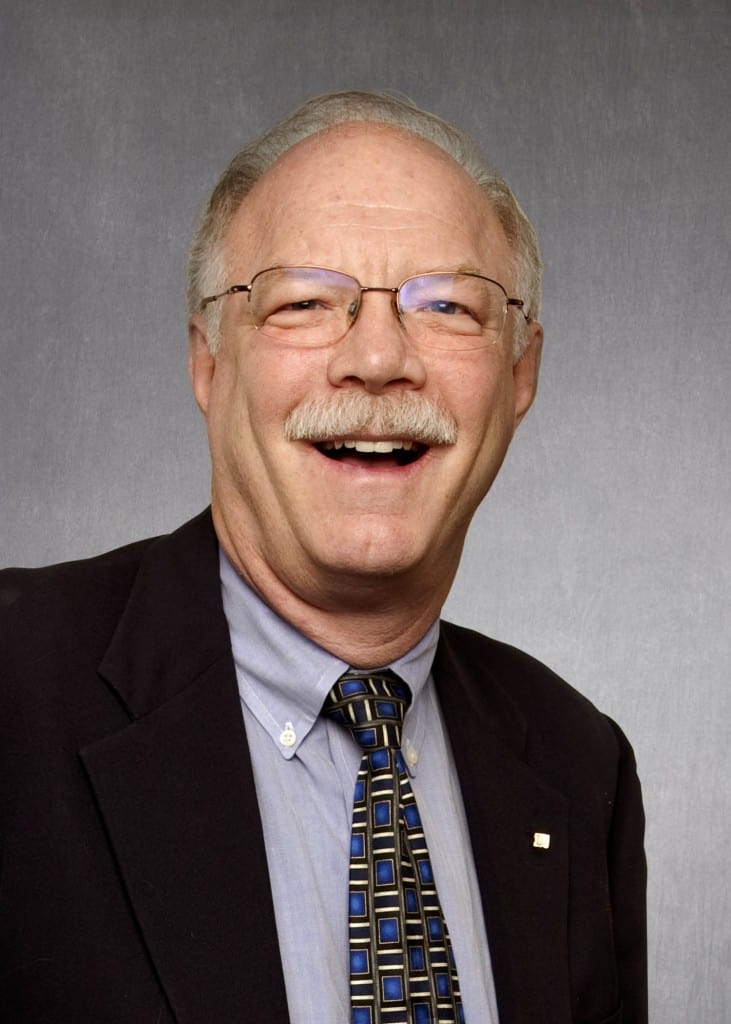 Ask the quintessential, “How would you describe yourself,” and the results can be a mixed bag. But retiring Professor of Taxation John Tripp, PhD (MSBA 1975, MT 1976) is so self-aware, he offers the answer before being asked.

Loyalty, passion and determination have woven together his 40-year career at the Daniels College of Business, his acclaimed profession as a certified public accountant and his personal life.

Referencing his Most Determined Varsity Wrestler award from Michigan Technological University as an undergraduate metallurgical engineering major, Tripp said it “encapsulates in a small little nutshell my personality, which is, ‘If you’re going to do it, you’re going to do it.’”

Fittingly, his office in the third-floor School of Accountancy suite boasts a wall sign that reads, “Failure is not an option.”

Tripp said not all students like his high standards and expectations, but the ones who’ve gotten on board are well-prepared for career success.

“I’m really passionate about getting people over the bar,” he said. “The reason I’ve thrived as a teacher is because we have really highly motivated, very smart students and those are the ones I relate to. I’m an advocate for student learning, student accomplishments and student success.”

In a memory book Tripp received at his retirement celebration with over 75 guests May 19 in the Joy Burns Tuscan Ballroom, Mark Vogels (MT 1976), former director of DU’s Graduate Tax Program, wrote, “You should be very proud of what you have accomplished and the number of students that have had The John Tripp experience. I am quite sure that every one of the students that has been in your classes has a John Tripp story they fondly remember. The University is losing one of its best and brightest professors; someone that always loved teaching, made it fun to sit in class and challenged the student to do the best job possible.” 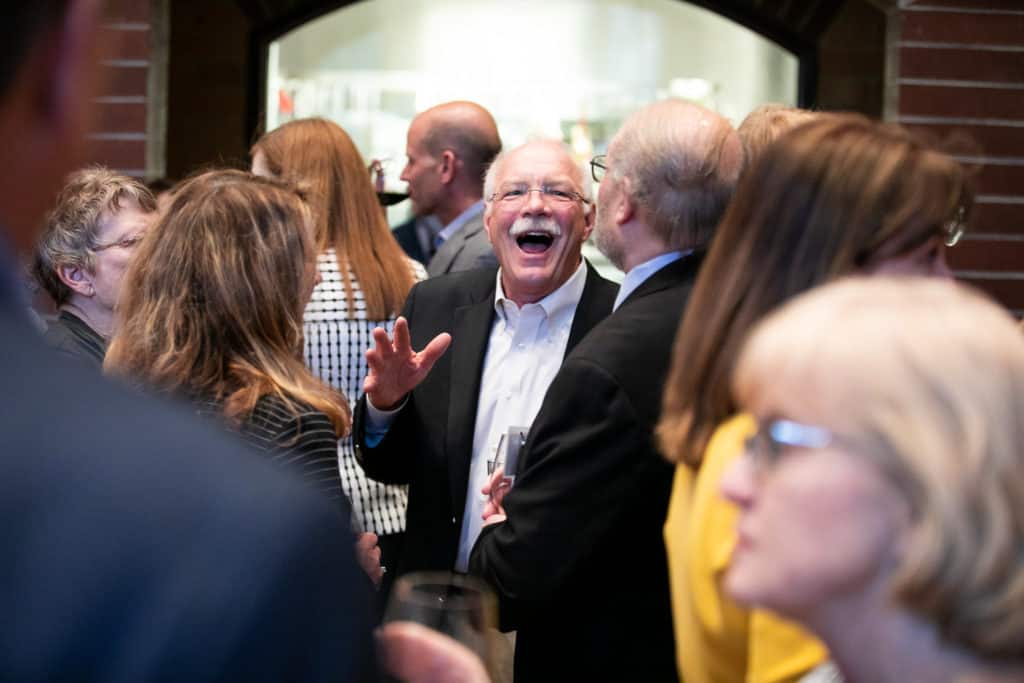 In addition to teaching classes in the School of Accountancy and the Graduate Tax Program at the Sturm College of Law, Tripp accumulated two walls’ worth of accolades as a mentor and student organization advisor. He served as the Beta Alpha Psi financial honor organization’s chapter advisor for 10 years and, in 2010, was named one of five national faculty advisors out of more than 260 chapters.

“John has dedicated his life to creating professionals,” said Sharon Lassar, director of the School of Accountancy. “He helps students develop the confidence to tackle hard problems.”

Many alumni have told Tripp he significantly influenced their lives. Five of his former students established the Dr. John Tripp Endowed Scholarship to support Master of Accountancy students.

Tripp set a high bar as a professional accountant too—again with his loyalty and dedication to the practice.

He worked as a CPA at KPMG for two years, and, while on leave from DU, in the National Tax Department of Ernst & Young as a visiting professor and tax expert—the only person in the nation to serve as faculty in residence for two years at the firm.

“It was probably the hardest work I’ve ever done in my life,” Tripp said. “It’s what I am most proud of on the professional side of being a CPA.” 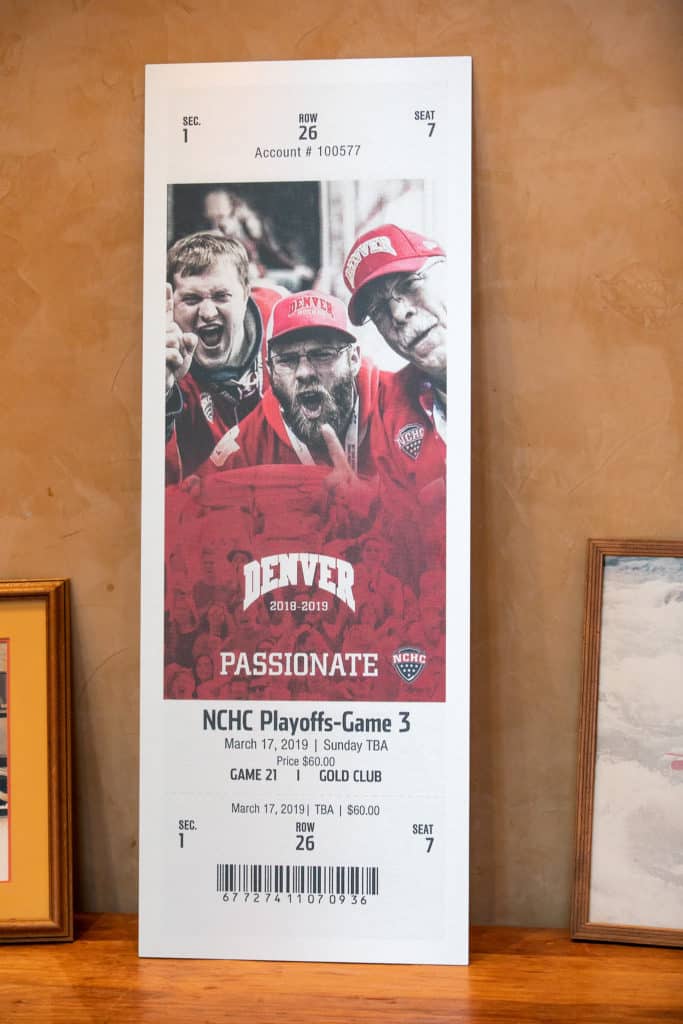 Pulling out a tattered DU national championship hockey ticket from his wallet (he and his son, Jim, are pictured cheering together on the ticket), Tripp reads the singular word spanning the memento: Passionate.

It’s passion for positively impacting the community that led to his 2009 CPAs That Make A Difference award from the Colorado Society of CPAs. Tripp was recognized for his work with the Volunteer Income Tax Assistance project. VITA connects accounting students with people who cannot afford tax return preparation services. The students gain invaluable experience preparing real tax returns that they file with the IRS.

Additionally, Tripp is a former trustee of the Council of Petroleum Accountants Societies Colorado and was co-chair of the COPAS-Colorado Tax Committee. He served on several tax committees at the Colorado Society of CPAs. He has also taught continuing education classes to more than 5,000 oil and gas tax accountants.

Tripp has published articles in a multitude of professional tax and oil and gas journals, is a contributing author to several tax textbooks, and has served as a member of the American Taxation Association, the University of Denver’s Tax Institute Planning Committee, and on financial committees for his children’s sports teams. 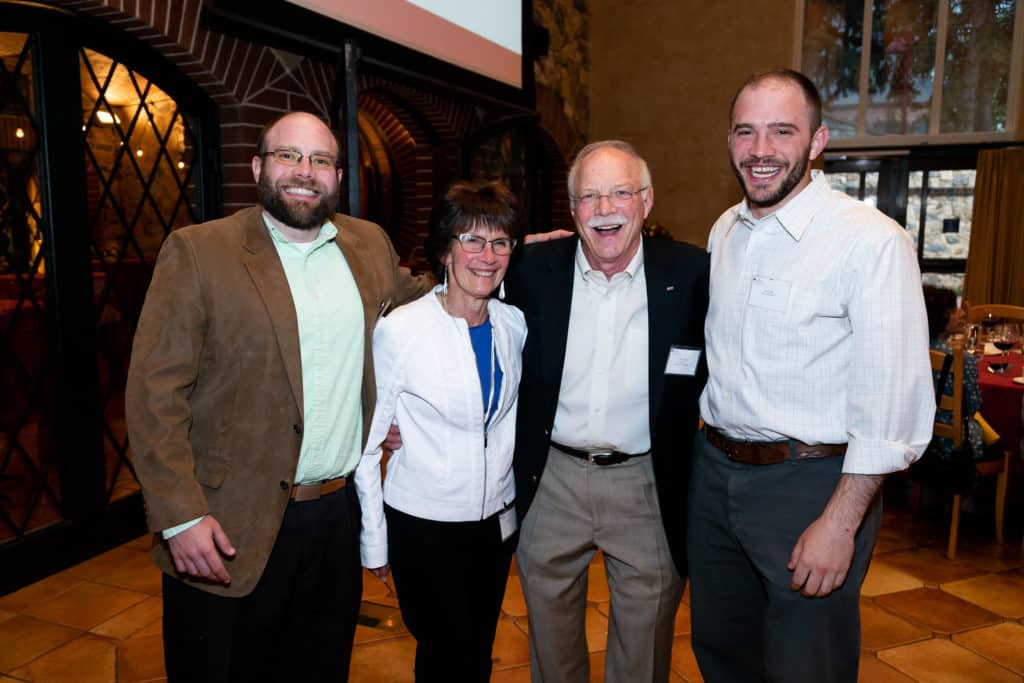 Speaking of family, after dedicating so much time to his work, Tripp looks forward to spending his hard-earned retirement traveling with his wife, Lori, and with his three adult sons, Johnny, Jim (BS 2009, MAcc 2009, MT 2010) and Joe (BSME, MBA 2015).

First up, wine tasting and hot air ballooning in Napa Valley. Alaska, Australia and a river cruise through Europe are also on his list.

Tripp will continue his loyalty to the community: he has been a member of Valley Country Club for 25 years and Hope Church for 35, where, as lead usher, he schedules 60 ushers for weekly church services (and, of course, chairs the finance committee).

His golden retriever, Yogi, keeps him young. “He’s full of energy,” Tripp said. “We got him four or five years ago with the idea that when we’re getting older, he needs to get older so we can all get together. He hasn’t gotten that idea yet.”