President Obama needs to fire himself. Not literally, of course, but practically. He needs to shake up his team so thoroughly that the new blood imposes change on how he manages the federal bureaucracy and leads.

A series of self-inflicted wounds during his fifth year in office, capped by the botched launch of the Affordable Care Act, have Americans questioning the president’s competence and credibility. History suggests that second-term presidents rarely recover after their approval ratings fall as much as Obama’s have this year.

History also suggests that there are two types of White House shake-ups. The first is mostly cosmetic and is aimed at sending a signal that the president is serious. He fires somebody, anybody, as a sacrificial lamb. The second is deep cleansing — that rare occasion when a president rebuilds his team to change himself.

The latter is what Obama must do.

Bill Clinton effectively fired himself after voters repudiated his presidency in the 1994 midterm elections, giving Republicans control of Congress for the first time in decades. He asked his budget director, Leon Panetta, what went wrong. You and your White House lack discipline, Panetta replied.

Clinton fired his chief of staff, childhood pal Mack McLarty, and replaced him with Panetta, who imposed order upon White House officials and the president they served. At separate times, Clinton also hired Republicans David Gergen and Dick Morris to help change his approach to governing and campaigning.

Ronald Reagan’s second term was mired in the Iran-Contra scandal when he fired Chief of Staff Donald Regan, who was accused by fellow Republicans of creating a White House so insular that it was called an imperial presidency. His replacement was Howard Baker, who encouraged the president to listen to critics and be more engaged. “I think Reagan fundamentally knew the importance of reaching out and that he’d become cloistered in the years of Don Regan,” said Ken Duberstein, who came in with Baker and later replaced him as chief of staff.

Both Clinton and Reagan rebounded from their nadirs. While time is precious, Obama can still recover from the lowest point in his presidency, but only if he makes changes to himself along with his staff.

“It’s not enough for Obama to say ‘mistakes were made,’ ” said John Baick, a professor of American history at Western New England University in Springfield, Mass. “He needs to say, ‘I’m the one making the mistakes; I’ve created a system that doesn’t allow negative stuff to flow up. I’m changing me.’ ”

Bob McGowan, a professor of business-government relations and corporate strategy at the University of Denver, said Obama should look to Hewlett-Packard and GE as examples of how an institution can change its culture by changing its structure. “You don’t want take a chainsaw and start hacking people right and left, but the time is running out of the hour glass,” McGowan said. “If he’s going to do something, he has to start soon.”

Duberstein agreed. “There comes a time in every administration where people are worn out and tired and need new energy, and Obama must take advantage of the opportunity, not as much in the sense of firing somebody, but in the sense of bringing fresh air into the White House.”

The Affordable Care Act fiasco underscores the need for a significant overhaul. Despite three years to prepare, the HealthCare.gov website didn’t work upon launch, and the president misled millions of Americans by promising during his reelection campaign that they could keep their insurance plans and their doctors. As The New York Times reported Sunday, the story of how Obama’s team responded to the failures “reveals an insular White House that did not initially appreciate the magnitude of its self-inflicted wounds, and sought help from trusted insiders as it scrambled to protect Mr. Obama’s image.”

That description is a damning indictment that could be applied broadly to the Obama years. For all his strengths, Obama is a private, almost cloistered, politician surrounded by fawning aides who don’t understand why anybody would object to his policies; thus they are often caught flat-footed by critics. They often put political tactics ahead of governing, protecting the president’s image with narrow-minded zeal.

Obama himself has no patience for the nitty-gritty of politics and governance, which means he’s both loath to build bipartisan relationships outside the White House and unlikely to directly manage a project, even one as important as Obamacare.

“I think it’s terribly mismanaged,” former Pennsylvania Gov. Ed Rendell said of the health care law. A Democrat who supports Obama, Rendell said on MSNBC’s Morning Joe that had he been president, the website would have been tested repeatedly before launching “and the tests would have been done in front of me.”

That’s not Obama’s style. So he needs to hire people who will help him empathize with his critics, build significant relationships, and oversee a sprawling bureaucracy that is critical to the future of the Democratic Party. He needs a ruthless management team that will force him to be engaged.

Obama could turn to veteran Democrats with enough independence and courage to tell him flatly when he’s wrong. People like former Senate Majority Leader Tom Daschle, former Sen. and longtime Kennedy aide Paul Kirk and Rendell. He could be true to his 2008 promise and go bipartisan with moderate Republicans like Colin Powell or Gergen.

Some of Obama’s closest advisers suggest heads will roll. Health and Human Services Secretary Kathleen Sebelius didn’t help herself by accusing White House Chief of Staff Denis McDonough of micromanaging the rollout. According to The Times, she mocked his “countdown calendar.”

“I think they’re going to have to hold somebody accountable for the botched rollout and the website not working–somebody at HHS or a group of people,” former Obama press secretary Robert Gibbs said last month. “I think if this were to happen in the private sector, somebody would have probably already lost their job, and I think the only way to restore ultimate confidence in going forward is to make sure that whoever was in charge of this isn’t in charge of the long-term health care plan.”

Whoever was in charge. No doubt Sebelius, McDonough, and others must answer to the president, but only one person answers to the public. Obama must change more than his staff. He must transform himself. 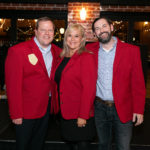 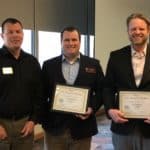