Executives told an audience of about 140 in-person and about 100 online attendees, that ethics plays a vital role in business today and is often what makes a business thrive or fail. The panelists were part of the Institute for Enterprise Ethics’ Elevate Ethics event Tuesday, April 12 at the University of Denver.

Bill Heck, managing principal of the Harlon Group, moderated a discussion between Robert Swieringa, a board member at General Electric (GE); Deborah DeHaas, vice chairman and chief inclusion officer at Deloitte LLP; and Gary Burandt, executive director of ICOM, the largest association of independent marketing agencies in the world.

DeHaas said the employees at Deloitte are faced with ethical dilemmas every day. Because the audit, tax and advisory service company hires about 20,000 new U.S. employees every year, it has to have a way to train and incorporate new people into the ethical character of the organization. 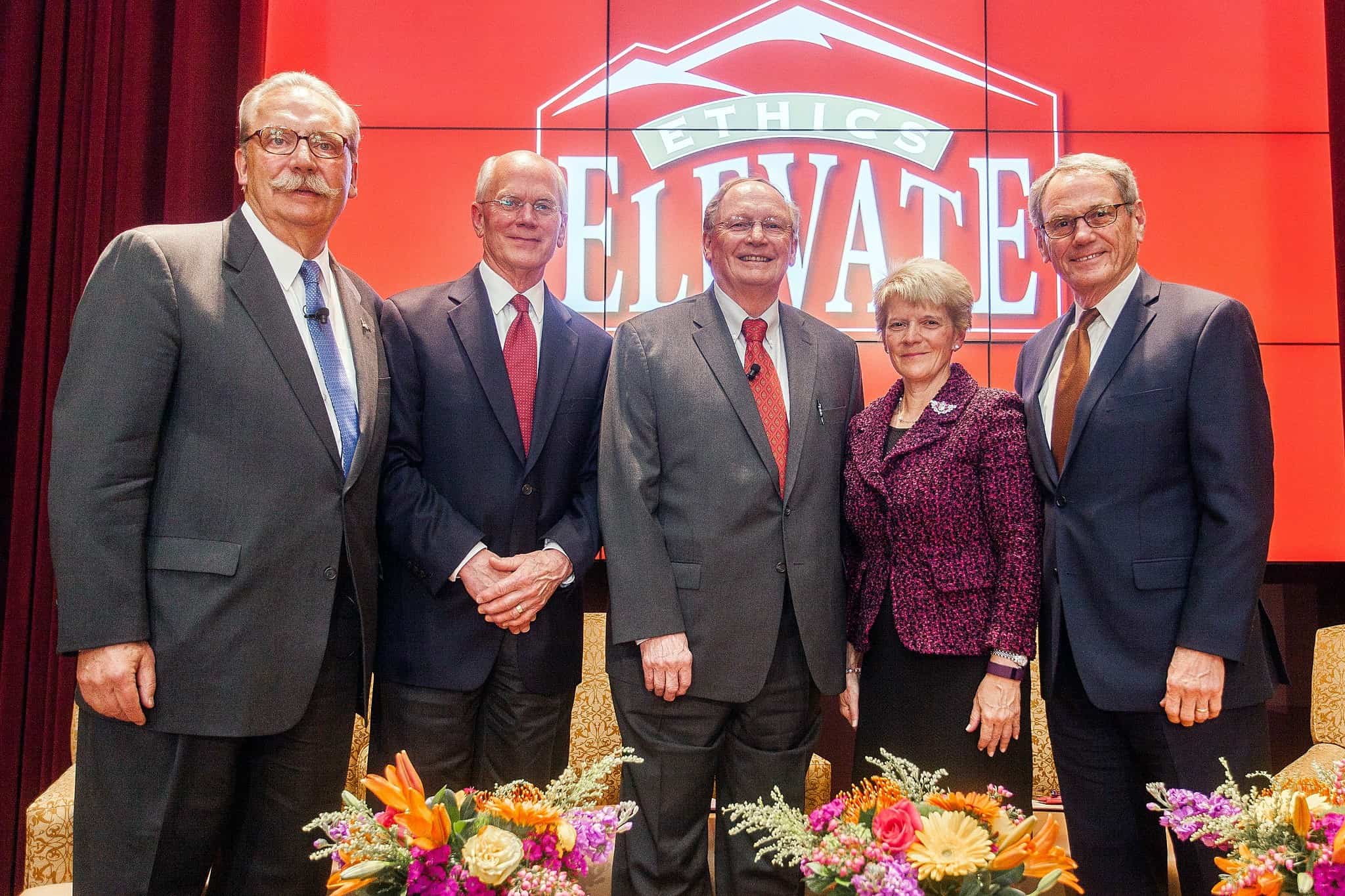 “Every single person is a brand ambassador,” DeHaas said. “It’s really important that our employees understand ethical behaviors. If we don’t have trust, integrity and confidence with our clients, we don’t have a business.”

To ensure ethical compliance, the company does a variety of things to educate employees from training videos and professional development at Deloitte University to having employees share their ethical dilemmas. They can write “Dr. Dilemma” with an issue and the chief ethics officer will explain how to handle the issue.

Prior to ICOM, Burandt worked for 25 years for Young & Rubicam, an advertising agency. His work took him to Japan, Belgium, Singapore and Russia for work on big accounts like AT&T, Kraft, Miller and Toyota, to name a few. He shared with the audience that integrity could look different depending on where you are around the globe.

Burandt shared how he had a hard time getting authorization for a telex machine in the Soviet Union. He needed the communication device but a bureaucrat wanted a bribe before she’d agree to the technology. Burandt had a blue cashmere sweater delivered to her office and authorization for the machine arrived the next day. He said that he believes these situations aren’t as overt in the developing world as they were years ago, but people and companies still need to know how to navigate them, knowing how far it too far to go.

Swieringa has served on the board of GE since 2002. He says GE’s code of conduct is called The Spirit and the Letter. It’s not just part of employee orientation, but sets the stage for all their board meetings and interactions as committee members.

“We meet 13 times a year and the first topic in every meeting is ethics,” he said. Swieringa also shared that the board members do site visits, spending time in different facilities. “When you’re walking and talking with them, that’s when issues come up and they [the employees] have an opportunity to bring up something that’s on their mind.”

The executives agreed that ethics in a company must be driven from the top down and be an ongoing priority.

“No business leader wants to be unethical,” Burandt said. “You get the behavior you incentivize and boards must set the tone and enforce the standards of ethical corporate leadership.”

Elevate Ethics is hosted annually by the Institute for Ethics Enterprise, a center within the Daniels College of Business at the University of Denver. Dan Sweeney is the Institute’s Director.

“Our goal is to provide a forum and voice for discussion around ethics,” Sweeney said. “Our hope is to help advance the case for high standards of ethical leadership in our business institutions.”

More information on the Institute and its upcoming events can be found on their website. 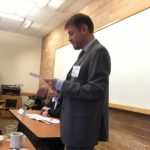