Enough With the Stereotyping Already 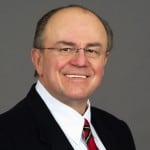 A while back I read an article about Millennials on a website called The Muse. It began with this quote, “Millennials are entitled. They’re narcissistic. They’re spoiled and lazy.” That got my attention.

This article really struck a chord with me. I’m a Boomer, born in 1950—the exact middle of the baby boom. As we were entering the workforce, people said that we were entitled, narcissistic, spoiled, and lazy. Amazing huh? Reminds me of Socrates’ thoughts on the younger generation of his day. “The children now love luxury. They have bad manners, contempt for authority. They show disrespect for elders and love chatter in place of exercise.” Sounds like the criticism today’s Millennials and the Boomers before them endured. The more things change the more they stay the same.

Are some Millennials entitled, narcissistic, spoiled, and lazy? Absolutely. So were some Boomers. So were some Ancient Greek youth. But you should avoid characterizing an entire group by your experience with a few of its members. Lately we Boomers have been stereotyped as too set in our ways, unwilling to adapt to the changing world and hanging on to our positions, clogging up the promotion pipeline for—you guessed it—Millennials.

The truth: All Millennials are not entitled, narcissistic, spoiled, and lazy. All Boomers are not old white people who can’t stand change and hang on too long, blocking promotions for young folks. Let’s take things a bit further. All Mexicans are not murders and rapists. All Muslims are not terrorists. Stereotypes are very seldom true at an individual level.

This political season, the term “political correctness” was in play in many of the debates. A few of the candidates came from a “tell it like it is” perspective. They suggested that we have become too worried about offending someone or some group—so we don’t say what we think. That may or may not be true. I don’t know. But I do know that to be effective—as a leader, individual contributor, or team member—you must treat others as unique individuals with respect. How to do that?

• First, respect yourself. You are no better or worse than anyone else.

• Listen: When someone begins speaking and you think “that’s absurd,” listen really hard. You might learn something. Give other people’s thoughts and ideas the consideration you would want them to give yours.

• Use appropriate language: The anti-political correctness people probably won’t like this, but words can be inflammatory. It’s best to use language least likely to offend.

• Mind your manners. “Please” and “Thank you” are some of the most powerful words in the English language.

You don’t have to like someone to treat him or her with respect. You just need to extend the basic courtesies to which he or she is entitled as a human being. Take people for who they are. Don’t lump then into groups. We are all unique human beings. When you take the time to get to know people for who they are—not what they are—you’ll be better off, and your workplace will be a better place.