Hassani and Zhang were one of just six teams selected to compete in the finals at Queens University in Kingston, Ontario 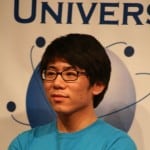 In January 2013, the Daniels College of Business was represented at the 35th annual Inter-Collegiate Business Competition (ICBC), the largest and longest-running undergraduate business case competition in Canada.

Reem Hassani, senior marketing major and Spanish minor, and Joseph Zhang, senior international business major and leadership studies and legal studies double minor, teamed up to submit a business case analysis for the preliminary round in October 2012—they were among more than 150 entrants from 38 universities around the world. Based on their submission for the ICBC marketing competition, Hassani and Zhang were one of just six teams selected (from nearly 40 marketing entrants) to compete in the finals at Queens University in Kingston, Ontario. The ICBC’s marketing event was one of eight competitions (along with accounting, business policy, debating, ethics, finance, human resources and development).

The Daniels team’s case analysis for the preliminary round focused on a turnaround strategy for the Caribou Mathematics Competition at Brock University in St. Catharines, Ontario. The online competition is for elementary, middle and high school students. Hassani and Zhang addressed the competition’s financial structure, internal and external support and branding.

At the finals, Hassani and Zhang had five hours to prepare a 15-minute presentation on a case study of the expansion of office supply company Officenet into Argentina (now called Staples Argentina).

The 2013 ICBC was the first in which University of Denver students participated. The Daniels and University of Notre Dame, Mendoza College of Business, teams were the only American teams to advance to the finals.

“It was an honor to represent DU at the Inter-Collegiate Business Competition, and especially exciting that we were one of the only American teams to be a part of the competition,” says Hassani, whose time at Daniels has included film and entertainment internships at Walt Disney Studios (in New York City and Los Angeles) and the Starz Denver Film Festival. “We were very proud and excited to be there.” Zhang interned at eBags in 2012 and founded Project Ava, a social venture dedicated to youth issues. The pair were selected to enter the competition by Daniel Garza, executive director of the Office of Undergraduate Programs.

“Neither of us had competed in such an intensive case competition before, so the experience was truly enlightening,” says Zhang. “The ICBC allows students of business to actually apply the concepts they learn the classroom in a real-world scenario. We had a great time.”

Daniels Team to Compete in Cable Apprentice
Their challenge: pitch a strategy for the launch of Peacock streaming TV A graduate student…
X