Brexit Vote Could Have Implications for U.S.

Markets across the world are reeling from the fallout of U.K. voters deciding to lead their country out of the European Union. On Friday, the Dow fell 600 points and the NASDAQ was down more than 200.

Despite trading on the U.S. markets being down, some financial experts said it could have been much worse. 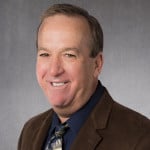 “The markets partially anticipated this. They were down last week,” said Jack Strauss with the Daniels College of Business at the University of Denver. “There was some uncertainty last week, so they partially priced this in.”

Even with the vote on Brexit now done and counted, there are questions about who will become the new Prime Minister of the U.K. and whether or not Scottish voters will choose to leave the U.K. over the outcome of Brexit, since Scotland overwhelmingly voted in favor of staying in the EU.

Back in 2014, Scottish voters rejected a move towards independence, but the Brexit vote has reignited the debate on whether to leave the U.K.

“Scotland breaking away from England, could have sharper effects because that has been one country for hundreds of years,” Strauss said. “The open borders will certainly remain, but in terms of economic uncertainty that could have a large shock to further destabilize financial markets.”

Further complicating the EU exit is how exactly the U.K. plans to do it. That will be up to Parliament.

“There will be a long process and it will be very uncertain for a while,” said Lisa Conant, Associate Professor of Political Science at DU. “So some people expect the U.K. to become like Norway. Norway is not a member of the European Union, but it’s a member of what’s called the European Economic area.”

As for your retirement funds, financial experts advise to not panic.

“You should not be afraid to look at your 401K,” Strauss said.

There are a few side benefits for Americans in this. The dollar is stronger against the pound after the Brexit vote. Also, the price of crude oil fell overnight, which experts said could translate into slightly cheaper gasoline this summer.