The Coen Brothers created this entertaining spot definitely aimed at Baby Boomers.  Nostalgia from the 60’s featuring aging beat-up bikers, BORN TO BE WILD, “Easy Rider” and Peter Fonda.  Great storytelling builds to Fonda, still hip after all these years; hopping in his hot Mercedes GT Roadster while admiring aging Hell’s Angels look on.  Cruising down the 2-lane blacktop with “Born to be Wild” blaring away, what could be cooler.

The tiny bite-sized candle scores big again in this humorous commercial.  Communicates a simple message that everybody (from teens to grandma’s to critters) loves Skittles.

Great product demo.  Plus smart marketing in that the new 360 tech will also be featured in the game itself.  Another bonus: you’ve got Tom Brady in your spot and starring in the game.  A win.

Remember my name and like me.  I get it, a new Georgia honey mustard BBQ Gold chicken from the Gold Colonel himself portrayed by Billy Zane.  Simple and the message comes across in :15 seconds, so KFC saved some dough (a :30 goes for a cool 5 million).

An animated Mr. Clean seduces a housewife?  Downright creepy.  Not since the Burger King “King” did his bizarre peeping tom antics have we seen such strange stuff.

Filmed like a slick movie trailer, the founder of Budweiser’s dramatic, arduous journey from Germany to America hits a timely note.   Immigrants come to our country to hopefully find their lifelong dreams and this is what this commercial is all about.  Okay, we’ll miss the majestic Clydesdales in this year’s Super Bowl, but this salute to “Life, Liberty, and the pursuit of happiness” is a relevant, emotional message.

“What do I tell my daughter?”  That she is somehow less that a boy?  Or a man?  Wow, totally different take on a Super Bowl car commercial.  Audi makes a stylish, sporty, sleek performance machine.  And in this spot, they don’t say a word about it.  Instead, they stand up for the women and our girls of tomorrow with the simple message: Isn’t it time women earned equal pay for equal work? Bravo. 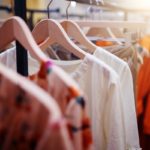 Cutting Down on Customer Returns
New research gives retailers helpful recommendations Have you ever bought a new dress, only to…