Financial resolutions are among the most popular New Year’s vows for Americans. But as 2017 unfolds, some consumers will find it more difficult than others to stick to theirs. Americans, after all, are projected to have racked up an additional $80 billion of credit-card debt at the end of 2016, putting outstanding balances dangerously close to record levels seen during the Great Recession.

But just as worrying as our debt is consumers’ denial or lack of awareness about what they really owe. In 2015, the Federal Reserve Bank of New York reported that the total amount of credit-card debt U.S. consumers claimed to have was 37 percent lower than the figure lenders reported.

Without an accurate knowledge of our balances, it’s impossible to create a realistic credit-card payoff plan. In addition, location plays a central role in how well consumers manage their credit-card debts — and how much they increase — depending on factors such as income and financial literacy. Drawing on TransUnion credit data, WalletHub’s analysts calculated the number of months required to pay off the average credit-card balances in 2,537 U.S. cities as well as the associated costs of doing so. Continue reading below for our findings, a full description of our methodology and expert insight.

To see the U.S. map, visit the WalletHub website. 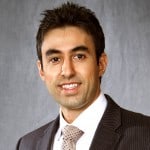 With projections for credit-card debt in 2016 near unsustainable levels not seen since the Great Recession, we asked a panel of credit experts to shed light on the irresponsible credit behavior that leads to such negative results and the effects of such mistakes on the overall economy. Here’s the answers from Ali Besharat, assistant professor of marketing at the Daniels College of Business.

Spending without a plan or a pre-defined budget may get out of control. If customers figure out what they want to buy, how much they want to spend, and when they want to pay their credit card balances, credit card debt disaster can be avoided. Also, not having cash on hand in certain scenarios may not be the best idea as it increases the temptation to use the credit card and mitigates the pain associated with the payment.

What is the biggest mistake people make when managing credit card debt?

My research shows that credit card debt makes you irrational if you have multiple credit cards and are paying off the smallest balances first, despite other card balances have higher interest rates. While many advisors recommend debt snowball method (i.e., small debts should be paid off as quickly as possible before larger debts), academic findings show that this method should be used with caution. It has the most success when interest rates among debt accounts don’t vary greatly. However, when interest rates across balances vary greatly, then paying off debts from the highest to lowest interest rates has more of a financial savings than the psychological benefits from debt snowballing.

How does the growth of credit card debt affect the economy?

By definition, credit card debt is not bad for the economy. It indicates consumers are purchasing goods and services, which fosters economic growth and creates jobs. About two-thirds of the U.S. economy is based on consumer spending and credit card debt creates spending power. However, these benefits do not justify the current high levels of credit card borrowing. Prolonged indebtedness cannot easily be sustained, and it is a symptom of living beyond one’s means. This will endanger retirement savings, cause stress, and create health issues for the society. Piling on credit card debt may send deceiving signals about the health of the economy. In particular, people whose incomes have dropped may be trying to maintain the habit of consumption by just charging everything to their credit cards. In this case, they are incurring debt that they cannot afford to pay back.

What role, if any, should government play in incentivizing and encouraging people to maintain low debt to income ratios (e.g., through tax incentives, etc.)?

Recent research shows that current public policy interventions are apparently have no (or an adverse) effect on credit card debt repayment. The reason is debtors interpret the minimum payment requirement in the credit card statements as sufficient for repaying the debt in a timely manner. However, there are other ways that the government can help debtors. First, it can create a free debt management plan for the debtor so that they effectively allocate part of their monthly income toward their balances. This service is different than the debt settlement service offered by many companies which may ask you to stop paying your debts in order to get creditors to negotiate and to collect the funds required for a settlement. This may well leave a debtor deeper in debt than she was before she started. Second, government can automatically enroll debtors in consolidation loans available with lower interest rates.