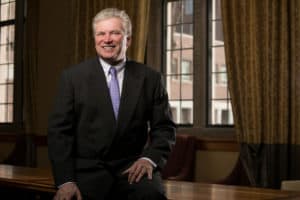 The Denver Metro Apartment Vacancy and Rent report for fourth quarter of 2017 shows that Denver had another year of massive net absorption of units with 11,821, up from 11,056 net units absorbed for the year in 2016. Absorption is the net change in the number of apartment units rented in the current time period (quarter/year) compared to the previous time period (quarter/year).

“These are the largest years on record in the survey and I am told we would need to go back to the 1970s to find numbers of this monster magnitude,” says Ron Throupe, associate professor of real estate and construction management at the Daniels College of Business and author of the report. “The ‘give back’ of only 59 units of absorption for the seasonally affected fourth quarter is lower than expected.”

“Rent growth and vacancy rates both have seasonal movements with some variation across certain submarkets. Historically, the vacancy rate is higher in the fourth and first quarters than the second and third quarters, which we have seen again so far this year,” Throupe says. “The number of new units added to the inventory during 2016 increased, as seasonal construction was completed and permitted construction obtained certificates of occupancy. Three thousand six hundred and thirty-five new units were reported for the fourth quarter, thus as expected there were jumps in sub market vacancies while new units are absorbed. The overall average rent for the last 10 years has increased from around $800.00 in 2002 to more than $1,396.37 this quarter.” 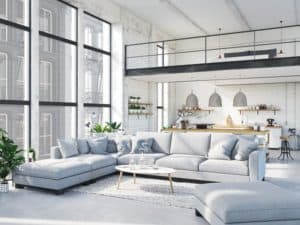 Construction is expected to be complete on numerous apartments in Denver in 2018, however Throupe is not predicting the city will be over supplied.

“Denver job growth is currently expected to be approximately 53,000 for 2018. As Denver creates more jobs, with low unemployment, this will lead to likely in-migration, filling the city’s apartments,” he says.

The Denver Metro Area Apartment Vacancy and Rent Survey is conducted by the University of Denver’s Daniels College of Business and Colorado Economic and Management Associates, published by the Apartment Association of Metro Denver and sponsored by The Colorado Dept. of Housing.

This survey is conducted via mail and online submissions. It includes only those units with a certificate of occupancy. The fourth quarter 2017 survey includes information on 126,533 apartment units.

For interviews with Ron Throupe, please contact Kristal Griffith at Kristal.griffith@d.edu. To obtain a copy of the Denver Metro Area Apartment Vacancy and Rent Survey report, please contact Christopher Dean, vice president of communications for the Apartment Association of Metro Denver at 303-329-3300 or visit www.aamdhq.org.